A new review finds that mindfulness-based cognitive therapy (MBCT) can help stave off recurring depression as effectively as antidepressants. People suffering from depression who received the mindfulness therapy were 31 percent less likely to suffer a relapse during the next 60 weeks compared with those who did not receive it, Willem Kuyken of the University of Oxford, in England and his co-authors reported in a meta-analysis review in Wednesday’s issue of the journal JAMA Psychiatry. 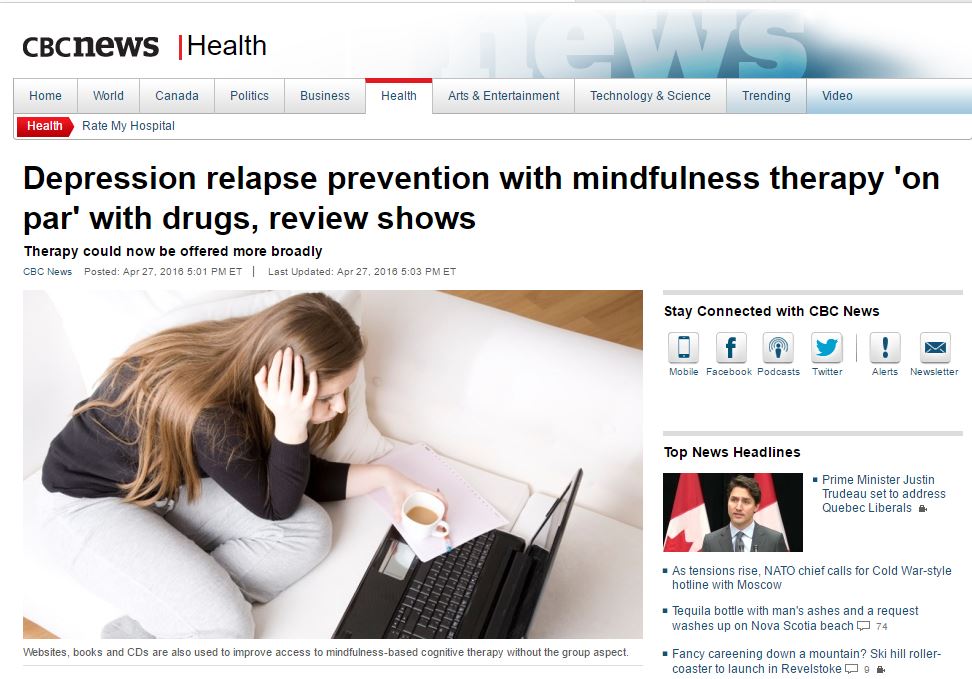 Genetic Testing May Explain Less Than 1% of Mental Health Issues