Letters from Generation Rx is the second documentary from international award-winning filmmaker Kevin P. Miller about the challenges of treating mental health symptoms with psychotropic drugs. The film includes interviews with many people familiar to the MIA community: Robert Whitaker, Dr. Peter Breggin, Dr Joanna Moncrieff, Dr. David Healy, and others whose work has defined decades worth of resistance to the blind assertion that psychiatric drugs cure mental illnesses. Aside from the aforementioned, however, this film also provides revealing insights from the “leaders” of the medical community, including a first-ever interview with Thomas Insel MD of the National Institutes of Mental Health (NIMH) and officials at the FDA.

We are grateful that Miller interviewed both of us for Letters — and his film highlights the struggle we’ve faced in bringing our research on nutrition and mental illness to the world. But make no mistake, the “stars” of Miller’s documentary are the everyday people who bravely share their personal sagas for all to see. Their stories will keep you on the edge of your seats.

As we mention in the film, we were trained to be scientists, and we never dreamt that we would be attacked for using accepted scientific methodologies to address legitimate research questions. Yet that is exactly what happened — simply because we wanted to study the use of micronutrients (minerals and vitamins) for the treatment of mental disorders.

We are both products of educational systems that taught us that nutrition was irrelevant for mental health, and that psychiatric symptoms were manifestations of chemical imbalances that could only be corrected with powerful psychotropic medications. Readers of this website know that science has been unable to establish any credibility for this perspective, yet that is what Bonnie was taught (and her PhD was in the mid-70s), as well as Julia (whose PhD was in 1998).

Letters from Generation Rx not only shares our perspectives on the suppression of real science; it does so wrapped around important information about the history of the DSM, the widespread use of antidepressants, and how such shaky science was utilised to help these drugs pass muster with the FDA and Health Canada, the regulatory agencies charged with approving “safe and effective” medicines for consumers in North America. In our estimation, no other film has provided a forum for understanding why things are the way they are as powerfully as this documentary.

Here are some of the unexpected obstacles Bonnie faced when trying to conduct objective clinical trials of micronutrients in adults with bipolar disorder. As challenged as we were — and as many obstacles as we were forced to contend with by Health Canada and others, the company that developed the EMPowerplus formula, Truehope Nutritional Support, endured TEN TIMES as much difficulty:

And while Bonnie has been battling these obstacles for decades, in New Zealand, Julia is just now confronting the power of the orthodox medical establishment there. Although Julia has managed to stay under the radar for 10 years — and successfully publish over 30 papers on the importance of micronutrients for the treatment of mental illness — current legislation in New Zealand is now threatening her research as well. Feel free to sign a new petition asking to put a stop to the new legislation. (We told you a bit about this in a previous blog)

NZ’s new legislation intends to make it nearly impossible for a company to educate consumers about advances in the science about nutrition and mental health conditions. Why? Is it because nutrient formulas are not a drug? By forcing registration of any and all vitamin or mineral products that have a therapeutic benefit for “serious” conditions through NZ’s Medicines Act, these products will be effectively banned, as the Act is designed to qualify drugs with only one ingredient as “legitimate,” not complex products with 36 non-patentable ingredients like EmpowerPlus. And the government knows this. In the early documents, they stated: “obtaining an approval for a natural health product under the Medicines Act is not seen as a viable option as, unlike medicines, producers cannot generally patent natural products and recoup the costs associated with product approval through a period of exclusive marketing.” And yet that is exactly what they have ended up legislating.

How is it possible that for all these 20+ years, everything from pharmaceutical companies has been assumed to represent good science, while anything about nutrition was assumed to be a scam? What has gone wrong with our scientists, our medical societies, that these narrow attitudes have prevailed?

And, if you have watched the documentary already, you know that even Dr. Tom Insel, former head of NIMH, accepts that Robert Whitaker’s assertions about these drugs have now been accepted by those at the top of the medical mental health food chain; and that medication has failed to solve the problems of mental health. Yet, what is Dr. Insel promoting now that he made these declarations about the efficacy of psychiatric drugs being unproven? Billions of dollars more on genetic research—even though we know that we are, at best, 30-50 years away from genetics delivering any valuable therapeutic interventions.

Conversely, in the area of nutrition and mental health, there have been about 50 scientific studies (about half of which are randomized clinical trials) demonstrating that nutrition may be a vital key for preventing and treating mental disorders. In spite of that fact, governments in the US, Canada, Europe and elsewhere have yet to fund trials of multinutrient formulas for mental health. For this reason, Bonnie has established two charitable funds to raise money for this research, one in the U.S. and one in Canada.

In closing, we cannot begin to describe the heartbreaking stories of parents who have lost their children to murder and suicide due to psychiatric medications—and we know that this audience is already familiar with that problem.

But if we want to educate others; if we truly want them to understand the plight of those on these drugs, we highly recommend people rent or buy the award-winning documentary Letters from Generation Rx, narrated by Academy Award winner Tilda Swinton.

Listen to the stories of your neighbours—and take note of the resistance to new ideas like the potential of micronutrients to solve some of the “incurable” problems we’ve been battling for a generation now. Both of us fully believe that this important film will educate the population and save lives.

If we don’t support films like this, then education withers. When that happens, the public will never understand that committed scientists are working to find treatments and cures — and that they are being shunned and defamed for merely doing their jobs. If we allow the media and others to highlight only what they wish us to see about these drugs, we will continue to witness the deaths and tragedies which have marked the 60-year experiment with psychiatric drugs, while draining scientific resources, our economy, and the minds of people, young and old. 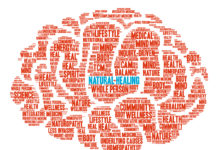 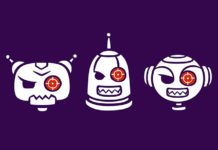 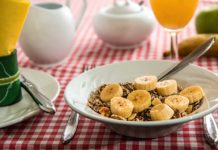