Tardive dyskinesia is a dreadful disorder caused by all the antipsychotic drugs.  Most obviously, it causes disfiguring and sometimes wholly disabling bizarre involuntary movements that afflict any muscles of the body that are normally partially or wholly under voluntary control.  This includes the eyes, mouth, tongue, face, arms and legs, fingers and toes, neck and shoulders, and back and torso.  It can impair the diaphragm and breathing, the vocal cords and speech, or the esophagus and swallowing.  It can cause painful and deforming spasms, often of the neck and shoulders (tardive dystonia).  TD can cause a torture-like inner agitation (tardive akathisia) that drives people into psychosis, violence, and suicide.  Especially when severe, TD is often associated with cognitive impairments, dementia, and psychosis.  People who suffer from it tend to become isolated from society and many become disabled.

Everything described here is backed by scientific articles easily retrievable on my new Tardive Dyskinesia (TD) Resource Center on www.Breggin.com.

After an individual suffers from TD for more than a few months, the likelihood of recovery becomes very small.  There are no effective and safe treatments.

When removed from the drugs, some people with TD improve over time, usually without full recovery. Others develop new symptoms and grow more impaired.

TD can manifest as one or multiple symptoms, varies from day to day, and tends to disappear in sleep. Tension, anxiety and fatigue can temporarily worsen the symptoms, but play no role whatsoever in causing TD.

Worse yet, the actual rates are even higher because the patients who are studied are usually taking the antipsychotic drugs at the time of the study, and these drugs mask the symptoms of TD while they are developing.

How many victims are there? In the last few decades, the drug companies and psychiatry have suppressed any estimates. However, we are informed that in 2011, more than 3 million patients were given antipsychotic drugs in the US. With such high rates of TD, we can make a modest estimate that approximately 10% (or 300,000) newly medicated patients will develop tardive dyskinesia each year. (Since many of the patients are in nursing homes, many would have TD rates as high as 30% per year.) Those who stay on the drugs, as many do, will face increasing risks in the future.  If we consider the many people living with TD that they incurred years earlier, along with those now approaching a risk reaching 25% to 30% per year, it is certain that many millions of Americans have TD.  Probably tens of millions have been afflicted since the drugs first came out in 1954.

Scientific reports first identified tardive dyskinesia in the late 1950s.  We must give up hoping that the Food and Drug Administration (FDA), the drug companies, or the medical profession will do anything substantial about this growing pandemic. My work, and that of Bob Whitaker and others, has demonstrated that these neurotoxins produce widespread harm and that their demonstrable value approaches nil. Long-term, people on antipsychotic drugs tend to deteriorate physically and mentally.  We must continue to educate the public until people begin refusing to submit themselves to the epidemic.

The Tardive Dyskinesia (TD) Resource Center is one more step in the direction of educating the public, as well as the professions.   The Tardive Dyskinesia Resource Center offers a simple yet thorough introduction to the drug-induced disorder, a list of offending medications, and illustrative videos.  PDFs of about 150 scientific articles are organized by subject such as rates for adults, children and older people; evidence that the newer drugs are as bad as the older ones; studies showing brain damage and cognitive dysfunction, and a dozen more subjects.

Please help to spread the word about this new and entirely free TD resource center. 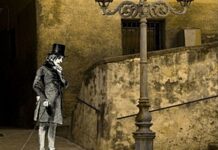 Eternal Sorrow: My Unexpected Descent into the Mental Health System

Experts Decry Dangerous Use of Antipsychotics in Children

Dr. Nardo’s Series on Use of Antipsychotics for Depression