As of Jan. 1, visitors at New Jersey’s state psychiatric hospitals can no longer bring in food, beverages or items to patients. The new policy also prohibits visitors from laundering patients’ clothing outside the hospitals, due to “infection control issues.” “It feels as if they’re being treated as prisoners instead of patients,” said Foster, who asked the Courier-Post to withhold her son’s name. “It’s a shame. How do they expect those people to get well if they’re being denied basic human rights?” 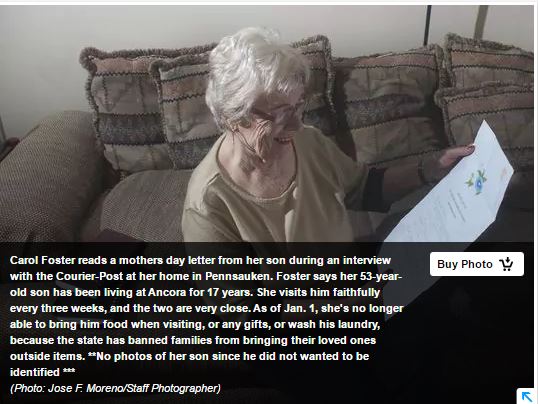