A new study, published in PLoS ONE, investigates the effect of researcher specialization and affiliation on study results in trials comparing pharmacotherapy and psychotherapy for depression. The results of the meta-analysis indicate that having statisticians or epidemiologists as authors is connected to more positive findings for pharmacotherapy. The authors report this finding is small yet significant and state:

“Nevertheless, one factor that does seem to override variables related to the specialization and affiliation of trial authors is financial support from the pharmaceutical industry.”

Studies comparing psychotherapy and pharmacotherapy often conclude that the two treatments are equally effective in treating depression. Many have recently addressed the role of financial conflicts of interest (e.g., research funding or payments researchers receive from pharmaceutical industry) in biasing study findings (see here, here, and here). However, less attention has been paid to the characteristics of investigators themselves, such as whether the investigators are psychiatrists or psychologists. Research has also suggested that when statisticians are part of research teams they may help reduce bias and prevent errors in statistical analysis. The authors state:

“In the oft-cited bio-psycho-social model of mental disease, psychotherapy emphasizes the psychosocial component, while pharmacotherapy the biological one. The discrepancy leads to conjectures about the individuals conducting trials confronting these treatments, and their own preferred assumptions, which may bias them, even outside awareness, towards favoring one type of intervention over the other.”

In the first attempt to investigate the effect of author background on pharmacotherapy versus psychotherapy study findings, the authors conducted a meta-analysis. The authors included 45 randomized trials from 1966 to 2015 that directly compared psychotherapy to antidepressant medication for treating depression.

The researchers report their strongest finding that “subgroup and univariate analyses consistently revealed a pattern regarding authors that were statistician/epidemiologists/other technical professions. Studies in which these authors were in lead positions (last authors) found significantly more favorable results for pharmacotherapy.” They identify the effect as “a small statistically significant advantage of pharmacotherapy over psychotherapy (g = -0.25, 95% CI -0.37 to -0.14).” Also, the more statisticians or epidemiologists involved, the stronger the effects.

These findings contradict previous research that found the presence of a statistician is linked to fewer positive results for pharmacotherapy. The authors suggest that differences in how “statistician” was defined may account for this discrepancy. The authors also postulate that medical professionals are more likely to include statisticians in their research than psychologists. The authors caution strong conclusions based on this finding since “the effect was small in magnitude and only borderline significant in multivariate analysis.”

“Given that the presence of statisticians or other such professions could be viewed as providing additional reassurance in the quality of data analysis, with recommendations having been made in this sense, these results may imply that pharmacotherapy has somewhat better outcomes than psychotherapy.”

In addition, the researchers find that financial conflict of interest (present in 15 studies) is associated with preference for pharmacotherapy over psychotherapy. The authors conclude, “it would seem that receiving funding from the industry is more closely related to finding better outcomes for the industry’s elective treatment than factors having to do with the author background.”

This study is “the first to take on the painstaking task of describing and classifying the background of authors of reports of clinical trials for depression” and the authors hope their study design and findings can be helpful to future researchers.

Cristea, I. A., Gentili, C., Pietrini, P., & Cuijpers, P. (2017). Is investigator background related to outcome in head to head trials of psychotherapy and pharmacotherapy for adult depression? A systematic review and meta-analysis. PLoS ONE, 12(2), e0171654. (Abstract) 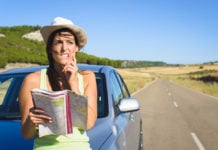