A new study, published in the Journal of General Internal Medicine, estimates how many patients have physicians who receive money or gifts from the pharmaceutical industry. The results from the nationally representative online survey, conducted in the US, indicate that about 2/3 of American adults saw a physician who had received payments from industry within the last year. In addition, only 5% of respondents reported knowing whether or not their physician received payments from industry.

“These findings suggest that although physicians who accept industry payments are in the minority, they are caring for a very substantial portion of America’s adult patient population,” write the authors, led by Genevieve Pham-Kanter, assistant professor at Drexel University Dornsife School of Public Health in Philadelphia, PA. 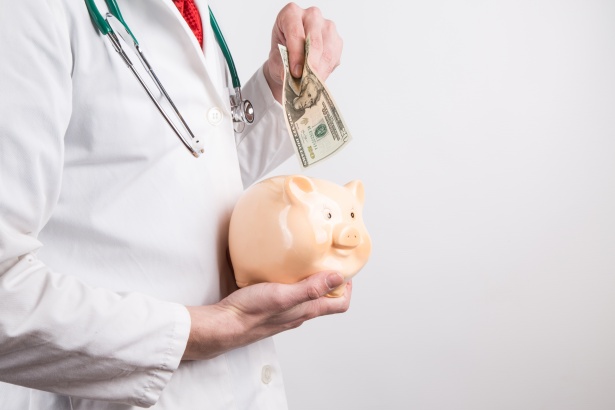 Many recent concerns have been raised about the influence of the pharmaceutical industry on research, medical care (especially in vulnerable populations), and even patient advocacy organizations. In light of these concerns, the Physician Payments Sunshine Act was established as part of the Affordable Care Act to require drug and medical equipment manufacturers to report payments and gifts given to health care providers. Payment information was made publicly available through the Open Payments website in September 2014.

“This legal provision was motivated in part by concerns that industry payments could lead physicians to make decisions that were not in the best interest of their patients, and that patients ought to be able to choose physicians and make medical decisions with this knowledge about industry payments in mind,” explain the authors.

Studies that have used Open Payments data suggest that about 40% of physicians receive industry payments, with variation by specialty (cardiology and orthopedics found to be as high as 80-90%). The authors note that if the doctors with industry ties tend to see more patients than doctors without such ties, then the number of patients impacted by industry relationships would be much greater than estimated by physician rates.

In a nationally representative online survey, the researchers sought “to investigate patient-level exposure and gather background information on patients’ knowledge of industry payments” to physicians. The survey was conducted in the fall of 2014, right before Open Payments data became public. Therefore, the researchers consider the findings as “baseline estimates of the reach of industry payments in the US population prior to the public dissemination of payment information.”

The Open Payments database shows that 41% of physicians have received money or gifts from industry. However, 65% of respondents in the current study had seen a physician who received payment from industry. This trend remained true for each of the six specialty areas examined. For example, 47% of obstetrics and gynecology doctors showed industry ties, but 77% of patients who visited obstetricians or gynecologists saw one with industry ties. In addition, the physicians seen by respondents received 2.5 times more money than the average physician.

“Thus, the physicians that patients frequently visited were more likely to have received industry payments and, when they received payments, received amounts greater than were typical of physicians reported in Open Payments,” highlight the authors.

The researchers find that 45% of respondents stated they are aware of industry payments to physicians. However, only 5% of respondents reported that they knew whether their own doctor had ties to industry. Of this 5%, 70% stated they knew their doctor had not received industry payments, but 41% of those respondents were incorrect as their physician did have industry ties. Findings show that respondents who are more educated, have higher incomes, are diagnosed with a chronic illness, or live in a “Sunshine state” (a state with pre-existing physician payment disclosure laws), are more likely to be aware of payments to physicians.

The authors note that industry’s influence spreads beyond physicians who accept payments and their patients since “drug and device companies tend to pursue relationships with ‘key opinion leaders’ in medicine because of these leaders’ potential to influence the clinical practice of others, even those who themselves do not accept industry payments.”

The authors hope that Open Payments will increase the number of patients who are aware of their doctor’s ties to pharmaceutical industry. This hope is supported by the finding that “the proportion of respondents who saw physicians who received industry payments was about twice as high in states that had not made payment data public (66%) than in the few states that had (34%).”

The authors suggest a number of policy changes that could enhance transparency around physician ties to industry. They suggest that the Centers for Medicare and Medicaid Services, which manages the Open Payments website, could include a “one-stop shop website” where patients can receive general provider information in addition to a report of industry payments. Policies could also require physicians to inform patients about the Open Payments website in the same way they must notify patients about privacy laws. Or, payers could be required to include information on physician-industry connections on their websites. The ultimate goal for the researchers is to improve patients’ access to information about their physician’s ties to industry so patients are better able to make informed decisions about who is providing their medical care.