In this op-ed for The Washington Post, Katrina vanden Heuvel critiques President Trump’s plan to cut funding for the National Institutes of Health (NIH) by nearly $6 million.

“When news of the proposed NIH cuts broke, scientists expressed fear about the far-reaching implications. In addition to biomedical research conducted at NIH headquarters in Maryland, more than 80 percent of the NIH budget is used to fund research at universities and other institutions nationwide. In many cases, NIH grants account for most of a laboratory’s funding, and they often drive follow-on contributions from other sources. In 2016, for example, NIH distributed more than $23.5 billion in grants to support research on everything from cancer to Alzheimer’s to mental health to blindness.” 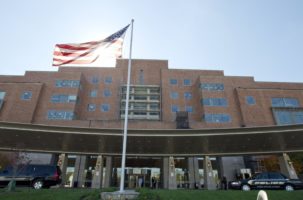 How a Flood of Corporate Funding Can Distort NIH Research

Appeal for Principle Before Rule, and Uniform Application of Rules