From Daily Beast: “Seventy-five years ago in the midst of World War II, Anna Freud, the daughter of Sigmund Freud, and her close friend, Dorothy Burlingham, published their classic study, War and Children, documenting the impact that separating children from their parents had during a time when England was under attack from Nazi Germany.

In story after story, Freud and Burlingham illustrated how acutely children suffer even when they are separated from parents in the country of their birth and placed among skilled caregivers with the best of intentions. Nothing is dated about their conclusions, which have become still more relevant with new reports that the Trump administration is considering erecting a tent city at Fort Bliss in Texas to deal with the overflow of separated immigrant children it has created.” 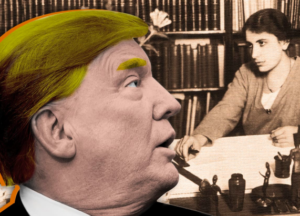