From Slate: The death of Charleena Lyles, who was shot by the police after she called them to report a burglary, serves as a reminder that calling 911 often does more harm than good.

“But one frightening thing about the NSPL [National Suicide Prevention Lifeline] is that one of the protocols designed to save people’s lives could, for some, create greater risk: I was trained to call the police on people that I thought were at imminent risk for suicide who could not be calmed through other means. ‘Imminent risk’ meant they had a plan, and means easily accessible, and intended to kill themselves within the next few hours. There was a protocol where we would use different ways to try to get an idea of the caller’s location and then call the local police force, let them know the situation, and help them try to find the person. We were trained to try to get the police to use technology to try to locate the person. We would also give the police any information that we knew about the caller, such as whether they had a gun and where it was. (E.g. was it in their hand? Locked in a safe in another room?)

Like I said, this protocol is well-intentioned. The intention is to help people in need. But as those of us from marginalized communities know, being well-intentioned is not enough. Without awareness of how white supremacy can manifest, we (white folks) are destined to reinforce it. And the way we talked about and deployed police intervention—as if it was an unequivocal good—felt to me like it was missing important context and nuance.” 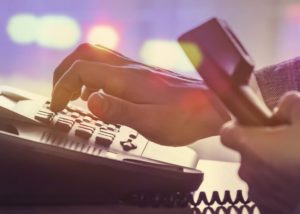