From Sapiens: Researchers are increasingly recognizing the role that social and environmental factors, including childhood abuse, stressful events, and poverty, play in the development of symptoms of schizophrenia. Many mental health experts recommend more humanistic, personalized approaches to psychosis that help people make meaning of their voice hearing experiences.

“…for decades, many experts have viewed schizophrenia strictly as a genetic disorder and an often incurable brain disease. And recent media coverage suggests that researchers are uncovering schizophrenia-related genes that could finally help them understand the roots of the disorder. Funding agencies in the United States, Europe, and elsewhere are spending millions of dollars on such research, and indeed many genes have been identified that do appear to increase schizophrenia risk.

Yet the extra risk associated with most of these genes is very small, which has led some researchers to argue that other factors, including environmental and family stressors, may be playing a role equal to or greater than genetic susceptibility. These researchers include psychologists, epidemiologists, anthropologists, and others who are trying to understand the complex mix of personal circumstances that can lead some people into the vortex of mental illness.

The emerging view is that the more overt psychotic symptoms of schizophrenia, including hearing voices or experiencing haunting delusions and hallucinations like those that used to oppress Dillon, often reflect underlying issues and conflicts in the lives of the sufferers. Most mental health experts today reject classical Freudian explanations for mental illness, such as repressed sexuality or a domineering mother or father. Yet modern psychologists who work directly with patients who suffer from schizophrenia and other forms of psychosis are sometimes able to identify environmental factors—ranging from childhood abuse or adversity to stressful events in adolescence or early adulthood—that can trigger a psychotic breakdown.” 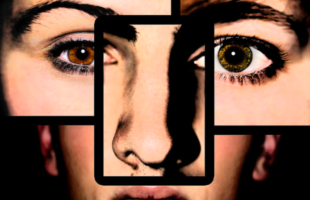