Next week should be interesting, perhaps revolutionary, for those of us who care about human rights, disability and mental health. I heard from leaders at the National Council for Independent Living (NCIL) that the US Senate HELP Committee will be quizzing Dr. Ellie McCance-Katz, the psychiatrist appointed by President Trump to a powerful new mental health position in the federal government.

This new job is commonly now known as “Mental Health Czar” — if you are new to this little-known controversy, see my blog from a few weeks ago.

9 Questions that Should Be Asked that Haven’t Been

Technically, Dr. McCance-Katz is being recommended by Pres. Trump to be Assistant Secretary for the huge US Substance Abuse and Mental Health Administration (SAMHSA). Mental health agencies are mainly asking about her positions regarding “recovery” and “peers,” important topics for sure, but here are some tougher questions:

And many other questions!

You may suggest more questions here in the comment section. My last blog about this topic led to a flurry of predictable controversy about Hillary vs. Trump vs. whoever. But this is far deeper than who is in the White House. Whether it is Vice Pres. Pence or Barack Obama, the signer of the 21st Century Cures Act (one of his last acts as President), can we discuss that later?

Whether you are Republican, Democrat, Libertarian (which has had a plank for years against government-forced psychiatry, of course), a Berniecrat, Green, whatever, okay. For more than 40 years I have worked for human rights and mental health. I have seen Americans and people from other countries of all political stripes speak up. For example, we psychiatric survivors warned about the undue power of the drug industry to SAMHSA, in 2010.

Come on, especially we who are survivors of psychiatric coercion! Let us have a revolution. Certainly no one can stop us from speaking up with the truth!

Mad with the truth!

Speak out against this violation, speak out for freedom!

NCIL is holding their annual conference during this same week that the US Senate should be asking tough questions. NCIL’s theme is Revolution.

The last time I was able to attend this great conference, I heard one of the last speeches from my late, departed friend Justin Dart, Jr., known as the father of the ADA. Justin called for revolution, and both he and his amazing widow have known that psychiatric survivors tend to have the fire in our bellies for freedom, love, and revolution! 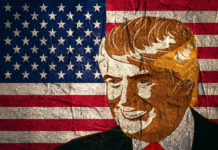 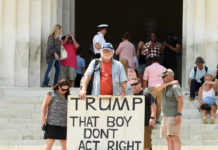