As part of the Journal of Humanistic Psychology’s second special issue on Diagnostic Alternatives, researchers continue the important conversation around re-envisioning psychology and psychiatry. Beyond critiquing the shortcomings of the current paradigm of mental health care and its corresponding diagnostic systems, a diverse group of researchers offer alternatives and explore new approaches that privilege both science and service users.

“The varied articles in this special issue are intended to highlight the diversity of diagnostic alternatives currently in development and existence,” the editors write.

“The existence of multiple alternatives to the current diagnostic paradigm demonstrates that diagnostic systems are not fixed or predetermined classifications of objective entities found in nature, but rather conceptual and empirically inspired models that evolve and transform over time.”

In one of the featured articles, “’But what about real mental illnesses?’ Alternatives to the disease model approach to ‘schizophrenia,’” Dr. Anne Cooke engages the debate surrounding criticisms of diagnostic systems and the medicalization of “psychosis.” Cooke takes the conversation further, promoting alternative systems of classification that emphasize conceptual formulations of individual experiences.

Anne Cooke is also the editor of the British Psychological Society’s (BPS) recently revised report titled “Understanding psychosis and schizophrenia: why people sometimes hear voices, believe things others find strange, or appear out of touch with reality, and what can help” (see recent MIA report). Peter Kinderman, also a major contributor to the BPS report, offers an explicit critique of “disease” models on behalf of a clinical division representing the majority of psychologists working in UK mental health settings.

In this special issue, Cooke and Kinderman summarize the striking shortcomings pervading current approaches to “schizophrenia.” First, they argue that the distinction between “normal” and “psychotic” experiences cannot be concretely identified, much less scientifically supported. This point is especially salient when taking into consideration how common it is for people to have “psychotic” experiences, typically consisting of hearing voices and experiencing paranoia. Not only are these experiences subjectively understood, but their appraisal varies dramatically across cultures.

The reality of these experiences across people and cultures underscores a need to conceptualize experiences of “psychosis” on a continuum, the authors argue. Further, the faulty and arbitrary nature of the “schizophrenia” construct is demonstrated by its failure to uphold the basic scientific tenets of reliability, validity, and utility.

There are discrepancies across clinicians, hospitals, and countries when observing the construct of “schizophrenia” through DSM-5 criteria. Without evidence for an underlying biological cause, the construct seems to only be reified circularly, through identifying the associated “symptoms.”

Finally, research demonstrating how the label of “schizophrenia” does more harm than good undermines the professed utility of employing current diagnostic categories, the authors argue. However, the idea of “schizophrenia” remains engrained in mental health institutions for a number of reasons, including the field’s own vested interests. Nevertheless, the authors highlight signs of change, pointing to increased media coverage and mounting interest in movements toward patient-centered models and alternative classification systems.

Alongside suggesting approaches that privilege service-user perspectives, collaborative conceptual formulations, and psychosocial explanations, the authors note a need to stray away from framing experiences within “brain or blame” explanations. In other words, they argue toward understanding experiences in a way that neither suggests individuals are to blame nor that their problems are “all in their mind.” Cooke and Kinderman end their article with the words of someone who has been personally affected by the current mental health paradigm:

“If psychologists are right that the primary causes of mental illness are psychosocial rather than biological, my family narrative can be re-written. We can emerge from our closets of shame and take our rightful place on the continuum of acceptable human experience.”

Essentially, he notes that the DSM/ICD system puts forth the idea that a “disturbance” exists as a result of “mental dysfunction in the individual.” While offering scant science to support that claim, or to support the 300 constructs listed as “disorders” in the DSM, there is also no direct, reliable, or valid way to assess individual “functioning.”  The final decision of determining whether presentations are “clinically significant” then rests in the hands of clinicians who are influenced by both service demands and their financial interests.

Rubin writes, “the lack of reliability and validity for the DSM and applying the word ‘diagnosis’ in a misleading, imprecise manner are three violations of the principles of science. The final problem with the DSM that I will discuss here is that despite the questions that have sprung up about its validity, it appears oblivious to the ontological fallacy, that is, to believing that because we have given a name to something we think that we see, that that something must exist.”

The CSM approach, in contrast, emphasizes that “individuality outruns any classification system.” By replacing mental health “disorder” with the term “concern,” its main construct is defined as follows:

In this way, the concern is defined by the help-seeker, who also identifies their personal identities and contextual factors. Following this classification, both parties co-construct a hypothesis about the nature and origin of the concern.

Rubin notes that the CSM system would introduce positive competition in a field where the DSM/ICD approach dominates. Additionally, he makes the case that the CSM system can easily be used by third-party payers and practically incorporated into a society with vast organizations, including education programs, aligning themselves with “mental health” missions.

“For these reasons, the CSM would maintain the concept of ‘mental health’ so it can be comfortably and realistically accommodated into the many large organizations currently using it,” he writes. However, the CSM would use the term ‘mental health’ in a way that is different from what is implied in the DSM and the ICD. The CSM would explicitly reject the idea that the opposite of mental health is mental illness.”

Unlike the DSM/ICD system, CSM is atheoretical and oriented toward reducing stigma and elevating respect for service users. Its attunement to research, and focus on the empowerment of individuals seeking help, offers a potential response to recent outcries and calls for change in the field (see MIA report).

Accompanying these two articles are a broad range of diverse topics that form this second special issue including a collaborative psychotherapy feedback/outcome measure led by Barry Duncan, psychological formulations as an alternative to diagnosis, and an informed consent model to transgender care as an alternative to gender dysphoria.

The editors of the special issue, Kamens, Flanagan, and Robbins, write:

“We believe that the diagnostic alternatives envisioned by these authors in this issue generate hope for a uniquely humanistic, person-centered future in mental health research and practice.” 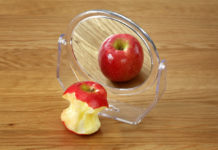