From Quartz: Despite its inaccuracy, the chemical imbalance theory of mental illness continues to persist in public consciousness. The prevalence of this myth may be in part responsible for rising rates of depression.

“Prozac, approved by the US Food and Drug Administration 30 years ago today, on Dec. 29, 1987, marked the first in a wave of widely prescribed antidepressants that built on and capitalized off this theory. No wonder: Taking a drug to tweak the biological chemical imbalances in the brain makes intuitive sense. But depression isn’t caused by a chemical imbalance, we don’t know how Prozac works, and we don’t even know for sure if it’s an effective treatment for the majority of people with depression.

One reason the theory of chemical imbalances won’t die is that it fits in with psychiatry’s attempt, over the past half century, to portray depression as a disease of the brain, instead of an illness of the mind. This narrative, which depicts depression as a biological condition that afflicts the material substance of the body, much like cancer, divorces depression from the self. It also casts aside the social factors that contribute to depression, such as isolation, poverty, or tragic events, as secondary concerns. Non-pharmaceutical treatments, such as therapy and exercise, often play second fiddle to drugs.” 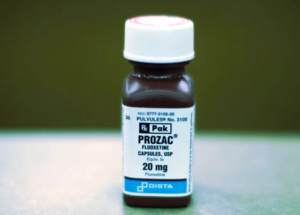 Did Psychiatry Ever Endorse the Chemical Imbalance Theory of Depression?