A clinical report published in the latest issue of the Journal of the American Psychiatric Nurses Association presents the Trauma Resiliency Model (TRM), a neuroscience-informed somatic approach to treating trauma. The report’s authors, Linda Grabbe and Elaine Miller-Karas, suggest that TRM, which was originally developed as a rapid intervention for natural disaster victims, is also an effective treatment for survivors of more persistent, complex trauma.

“Over the past 20 years, an explosion of new knowledge has created a sea change in our understanding of the lifelong impact of childhood trauma, as well as our thinking about the neurobiology of trauma and resilience,” the authors write.

“Although standard psychotherapies have been modified by becoming ‘trauma-informed’ or ‘mindfulness-based,’ there are also innovative, alternative, body-based, or somatic therapy approaches that have been quietly gaining evidence and momentum and seem to make intuitive sense for trauma survivors who live with intrinsic body memories of trauma.”

Grabbe and Miller-Karas begin their report with an overview of the neuroscientific findings on trauma and resilience that underpin TRM. They note that studies have shown that early traumatic experiences leave lasting traces in the body in the form of enduring, harmful health effects. For example, the Centers for Disease Control and Prevention undertook a study of Adverse Childhood Experiences (ACE) in which a large sample of 17,000 insurance-holding adults were surveyed about their childhood circumstances and health. 64% of participants were found to have been exposed to at least one kind of ACE (e.g. molestation, physical abuse, or being a bystander to domestic violence). Participants who had been subject to more than three ACEs (25.5%) suffered from drastically higher proportions of “mental health problems” and other conditions such as cancer, heart disease, diabetes, and addiction.

Neuroscience research has documented a number of other physiological scars left by childhood trauma, including changes in neuroendocrine and neurotransmitter functioning and damage to telomeres, the protective layer at the ends of chromosomes that play a role in the aging of cells and disease onset.

Based on these findings on the bodily remnants of trauma, the authors argue that body-based therapies are therefore an important tool in trauma treatment. They call these therapies, such as TRM and Somatic Experiencing (which informs TRM), “bottom-up,” in contrast to “top-down” cognitive-oriented trauma therapies.

“Traditional talk therapies can help a person gain insight into what happened or reframe thinking, but the multisensory body experience of traumatic events that are so deeply etched in the nervous system may plague trauma survivors even if they have intellectual insight about their experiences.”

One of TRM’s primary goals is to help clients develop resilience, which the authors define as the ability to recover from the strain on the body and to endure interpersonal, professional, and other difficulties due to qualities such as social and emotional flexibility. In particular, TRM aims to cultivate resilience in clients by helping them develop skills in interoception, or awareness of the body’s inner state. Neuroimaging research is beginning to explore connections between interoception and emotional management and resilience.

The TRM model teaches nine skills that are meant to help clients self-regulate, steady the nervous system, and “reprocess” trauma. The model’s first six skills are intended to be easily accessible to community members and can be used independently, outside of therapy. These skills include tracking, or nonjudgmentally observing “body sensations”; resourcing, which involves bringing to mind a person, animal, place, or memory connected with safety or joy and noticing associated sensations; and grounding, in which clients are directed to focus on the feeling of their body touching surfaces (e.g. the floor, clothing) in order to provide a feeling of safety and grounding.

TRM’s last three skills are used to reprocess trauma, and due to their potential to unsettle clients, must be taught by a trained clinician in the context of therapy. One of these skills, pendulation, first developed by Peter Levine as part of his Somatic Experiencing method, involves moving between “sensations of distress…and greater well-being,” which can result in sensory release.

The authors note that existing research on somatic therapies’ effectiveness in treating trauma is thin, due in part to a tendency to fund “evidence-based” therapies over newer approaches. There are at least a handful of studies that have examined somatic treatments for trauma, however; these include research investigating the use of Somatic Experiencing and TRM with natural disaster survivors and service providers. One study with 150 tsunami victims in Southern India found that 90% of participants experienced significant progress with or the conclusion of PTSD symptoms following a 75-minute Somatic Experiencing session and instruction in self-regulation.

The authors also reference a study examining the effects of TRM with 155 socially marginalized individuals in California (e.g. those who had experienced racial discrimination, homophobia, poverty, and posttraumatic stress after combat). Study participants saw statistically significant drops in depression and anxiety, as well as increases in relaxation and “somatic well-being.”

However, it should be noted that the study was not published in a peer-reviewed journal; rather, it was presented as an evaluation report to the county in which the project was implemented (San Bernadino, CA). The report was also co-authored by one of TRM’s developers, Elaine Miller-Karas. Additional research on TRM, replicated by researchers without direct ties to the treatment model, and published in peer-reviewed journals, is needed.

In closing, the authors write that TRM’s body-centered approach of connecting with one’s inner resources and well-being sensations helps clients develop new, healthy, and resilient neural circuits. They advocate for increased research examining the effectiveness of TRM and other somatic treatments in treating trauma, writing:

“Evidence-based, trauma-informed cognitive models provide critical new understandings of the self and past experiences, but somatic therapy models address deep-seated and long-term physiological responses to threat, cues, and triggers when trauma is essentially locked in the body. TRM does not require the telling of any trauma story, and this gentle, invitational approach offers opportunities…for a new direction in mental health care.” 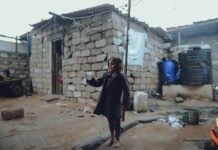 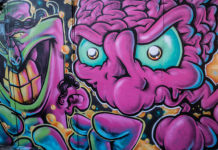