There is a single scientific term that most appropriately describes psychiatric drugs. Not long ago, I used it in court on several occasions during my testimony to explain why psychiatric drugs can have such disastrous effects on the brain, mind, and behavior.

My use of the term angered experts on the other side who declared, in effect, “if you search the scientific literature, only Dr. Breggin uses that word to describe psychiatric drugs.” In fact, there is a long tradition of using the dread word that has been largely expunged from the official psychiatric literature but remains alive in research and at times pops up in the clinical literature.

The dread word, which I urge everyone to start using on a regular basis, is neurotoxin. The word “neurotoxin” so unhinges my colleagues because it is a true descriptor for every psychiatric chemical and because it opens the door to an honest analysis of how these poisons impact on the human brain and mental life.

What is a Neurotoxin?

There is no rational way to argue against putting psychiatric chemicals into the category of neurotoxins. All psychiatric substances alter “the structure or functions of the nervous system” and disrupt “the normal function of nerve cells.” All of them act “specifically on nervous tissue.”

Drug companies tailor their future products to disrupt and alter the brain functions of normal animals before they begin to test them on humans. When a potential psychiatric drug fails to alter, disrupt or impair normal function in the mammalian brain, the drug companies discard it as useless for a psychiatric treatment.

The biochemical aim of all psychiatric drugs is disruption of normal neurotransmission in the brain. The first great psychiatric researchers, Delay and Deniker, knew this and openly discussed the neurotoxic effects of the drugs that started the revolution in psychiatry in the 1950s, including Thorazine (chlorpromazine) and Haldol (haloperidol).

The problem for modern psychiatry is that use of this dread word, neurotoxin, at the least undoes the naïve or fraudulent assumption that psychiatric drugs are relatively safe and that they do more good than harm. Accepting that all psychiatric drugs are neurotoxins makes ridiculous all claims about psychiatric drugs “correcting biochemical imbalances,” “enhancing neurotransmitters,” or “treating illnesses.” When taking a neurotoxin in sufficient doses to observably change human mental life and behavior, there is little or no chance that the benefits exceed the risks, even in the short term, and there is a near certainty of some degree of persisting harm after months and years of exposure.

By calling psychiatric drugs neurotoxins, we make clear that they are not inherently therapeutic and that their effects probably result from harming brain function. Based on what we know about neurotoxins in general, from nerve gas to antipsychotic drugs, calling them neurotoxins should, at the least, make us wary of potential toxic catastrophes and almost inevitable long-term irreversible ill effects.

How Neurotoxic Are Psychiatric Drugs?

A brief scan of any FDA-approved Full Prescribing Information for any psychiatric drug will confirm that it produces a broad array of serious neurotoxic impacts. The alleged benefits of the drugs are hard to prove scientifically, and they are marginal at best; but their neurotoxic effects are indisputable and too often lethal.

The FDA-approved Full Prescribing Information for every antidepressant contains the following warning, in this case from the 2017 Lexapro version:

All patients being treated with antidepressants for any indication should be monitored appropriately and observed closely for clinical worsening, suicidality, and unusual changes in behavior, especially during the initial few months of a course of drug therapy, or at times of dose changes, either increases or decreases.

The following symptoms, anxiety, agitation, panic attacks, insomnia, irritability, hostility, aggressiveness, impulsivity, akathisia (psychomotor restlessness), hypomania, and mania, have been reported in adult and pediatric patients being treated with antidepressants for major depressive disorder as well as for other indications, both psychiatric and nonpsychiatric. P. 6

By reminding us that even “nonpsychiatric” patients can be afflicted with these potentially tragic effects, the FDA makes clear that the drug, and not the patient’s mental disorder, is the cause of these reactions. Only a potent neurotoxin could have such a devastating impact on the brain, mind, and behavior.

Neurotoxicity is the disruption of the nervous system resulting from exposure to environmental toxins. Typical manifestations include changes in cognitive function and the development of neurodegenerative memory disorders, changes in neurologic function, and mood/psychiatric disturbances. … Mood changes that are often seen to varying degrees in neurotoxicity include increased anxiety, depression, irritability, impulsiveness, and psychosis. P. 202

All psychiatric drugs have their own litany of serious neurotoxic effects and all display their own manifestations of extreme neurotoxicity, such as serotonin syndrome, neuroleptic malignant syndrome, lithium encephalopathy, benzodiazepine-induced CNS depression, or stimulant neurotoxicity.

Drug companies struggle mightily to manipulate their clinical trials to demonstrate even marginal “therapeutic effects” for their drugs. Yet despite their best efforts to rig their trials and to manipulate their outcomes, in every clinical trial the neurotoxic effects are overwhelmingly more obvious and consistent than any supposed beneficial effects. Psychiatric chemicals are known neurotoxins with alleged therapeutic benefits.

Similarly, when speaking of the harmful effects of psychiatric chemicals, it is time to let go of euphemistic terms like side effects, adverse effects, or adverse events. We need to speak of neurotoxic effects.

And what should we call so-called “beneficial” or “therapeutic effects”? They could be called the “sought-after neurotoxic effects.” These include myriad signs of neurotoxicity, such as mild euphoria or, much more commonly, sedation, emotional numbness, apathy, depersonalization, or indifference to oneself and others.

All psychoactive drugs—that is, all drugs that affect the brain and mind—have neurotoxic effects of varying intensities. All of them achieve their sought-after effect by impairing higher brain functions, often dulling or numbing the ability to feel. Psychiatric neurotoxins are especially harmful because drug companies develop them to target major neurotransmitter systems such as serotonin and dopamine, sometimes blocking their functions and sometimes making them hyperactive, and in all cases rendering them severely abnormal.

Whether people are taking street neurotoxins, like LSD or methamphetamine, or social neurotoxins such as marijuana and alcohol, or prescribed neurotoxins such as psychiatric chemicals, all neurotoxins impair the individual’s ability to perceive or to understand the degree of mental and emotional dysfunction that the drugs are inflicting on them (see “medication spellbinding”). That is why many people continue taking harmful chemicals, including psychiatric neurotoxins, even as the quality of their lives becomes increasingly impaired. They lose touch with the real state of their emotional and mental functioning. Distressed friends and family members frequently try to tell these victims of neurotoxicity that they are getting worse, often to no avail.

Based on clinical experience and information published in my books and articles, here is a formulation of some key principles of neurotoxicity. Each principle applies to all psychiatric neurotoxins, including so-called antipsychotics; mood stabilizers; antidepressants; tranquilizers, anti-anxiety drugs and sleeping medications; and ADHD drugs:

It is time to clean up the misleading mess of words in psychiatry. We need to reject the concept of psychiatric medication and replace it with psychiatric neurotoxin. We can stop talking about side effects or adverse effects and directly address neurotoxic effects. Therapeutic or beneficial effects should be replaced with sought-after neurotoxic effects, including euphoria, emotional blunting, apathy, and indifference to one’s own suffering. The impact of this straight talk will be invigorating and clarifying for all who wish to know, to speak and to write the truth about what psychiatry and the drug companies are really pushing on society—an epidemic of neurotoxicity. 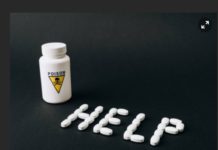 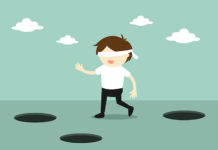 The Three Most Important Facts About Psychiatric Drugs 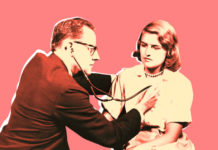 The Loneliness of Having an Illness Science Doesn’t Understand