In this piece for The New Yorker, Larissa MacFarquhar profiles the philosopher and cognitive scientist Andy Clark, whose work argues that our minds are inseparable from our bodies and the world around us. Clark emphasizes the interconnectedness between our minds and other minds, as well as the tools we use to help us think, such as language and smartphones.

“Thirty years ago, Clark heard about the work of a Soviet psychologist named Lev Vygotsky. Vygotsky had written about how children learn with the help of various kinds of scaffolding from the world outside—the help of a teacher, the physical support of a parent. Clark started musing about the ways in which even adult thought was often scaffolded by things outside the head. There were many kinds of thinking that weren’t possible without a pen and paper, or the digital equivalent—complex mathematical calculations, for instance. Writing prose was usually a matter of looping back and forth between screen or paper and mind: writing something down, reading it over, thinking again, writing again. The process of drawing a picture was similar. The more he thought about these examples, the more it seemed to him that to call such external devices ‘scaffolding’ was to underestimate their importance. They were, in fact, integral components of certain kinds of thought. And so, if thinking extended outside the brain, then the mind did, too.

He wrote a paper titled ‘Mind & World: Breaching the Plastic Frontier,’ and gave it to David Chalmers, who was then a young postdoctoral fellow. Chalmers was taken with the idea, and gave the paper back scribbled all over with notes, pushing Clark, among other things, to expand his notion of cognition not only to inanimate objects but to people as well. ‘You need a nifty name for your position,’ Chalmers wrote. ‘”Coupled externalism”? Or “The Extended Mind” . . . or something along those lines.’ Clark liked Chalmers’s comments, and they decided to rewrite the article together. They worked so closely that the finished product was, they both felt, a nice example of extended cognition in itself. They called it ‘The Extended Mind,’ by Andy Clark and David Chalmers; a note explained that the authors were listed in order of degree of belief in the paper’s thesis.

After the paper was published, Clark began thinking that the extended mind had ethical dimensions as well. If a person’s thought was intimately linked to her surroundings, then destroying a person’s surroundings could be as damaging and reprehensible as a bodily attack. If certain kinds of thought required devices like paper and pens, then the kind of poverty that precluded them looked as debilitating as a brain lesion. Moreover, by emphasizing how thoroughly everyone was dependent on the structure of his or her world, it showed how disabled people who were dependent on things like ramps were no different from anybody else. Some theorists had argued that disability was often a feature less of a person than of a built environment that failed to take some needs into account; the extended-mind thesis showed how clearly this was so.” 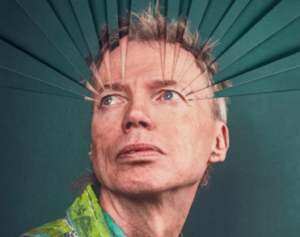