In this piece for The Pew Charitable Trusts, Michael Ollove reports on Oregon’s model of intense care and supervision for those found guilty except for insanity.

It has, however, yielded impressive results. Over the past five years, the rate of recidivism for those on conditional release in Oregon after a verdict of criminal insanity is 0.47 percent. By comparison, one report put the recidivism rate among all Oregon ex-inmates, whether mentally ill or not, at about 18 percent.” 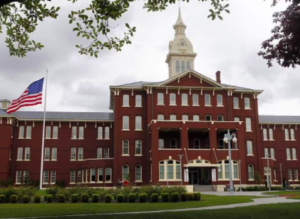 Inside a Forensic Psychiatry Unit: Earning the Right to Sleep on the Floor