From Harvard Health Publishing: “This study adds to the data that suggest gut flora has an effect on psychiatric diseases. We still do not know if an intestinal microbiome disarray is the cause of mania and bipolar disorder. However, this research supports an assertion that overall inflammation is associated with gut inflammation, which in turn can modulate mood disorders, or at least severe cases of mania for bipolar patients. The evidence of a ‘gut-brain axis principle’ is more robust, especially after some studies showing that the type of bacteria that live in our bowels could cause brain inflammation. This most recent research indicates that we could potentially manage the symptoms of severe cases of bipolar disorder merely by changing the makeup of our microbiome.” 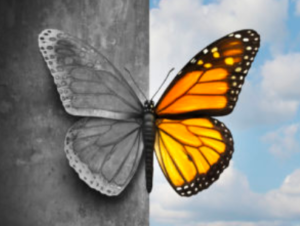