From The New York Times: “When Harrison Fowler heard about the counseling center at Stanford, where he enrolled as a freshman last fall, he decided to finally do something about the angst he had been struggling with for a long time.

The results were not what he had expected. Asked if he had ever considered suicide, he said yes. The center advised him to check himself into the hospital. From there, he was sent to a private outpatient treatment center, where he was prescribed an antidepressant that he said triggered horrible suicidal fantasies. It wasn’t long before he was back in the hospital, being urged to go home to Texas.

‘No, I can’t go home,’ Mr. Fowler, 19, recalled saying. ‘This is partly y’all’s fault for putting me on medication. I reached out for help and now I’m suddenly getting blamed for it.’

Mr. Fowler ended up having to take a year off. He is now part of a class-action lawsuit accusing the university of discriminating against students with mental health issues by coercing them into taking leaves of absence, rather than trying to meet their needs on campus.” 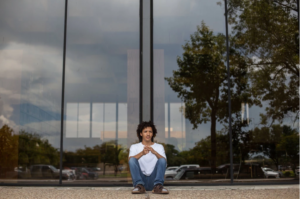