From Jacobin: “…the idea that population-wide rates of despair and social dysfunction should be understood as biological diseases, rather than the result of rampant class inequality and miserable labor conditions, is hardly self-evident. In fact, it has a highly political history. Institutionalizing it as a consensus required complex coordination between medical leaders and the big industrialists who backed their initiatives.

The invention of psychiatry in the early twentieth century was spurred by the need to find an idiom in which social problems could be considered as medical problems best managed by scientific experts. Thus, if the language of psychiatry and mental health seems designed to offer a conceptual and explanatory panacea to the chronic despair of today’s ‘New Gilded Age,’ it is precisely because it was invented amid the staggering wealth inequality of the first Gilded Age.

The creation and institutional dissemination of psychiatry was only possible with the extensive financial support of Gilded Age industrial capital, most notably the Rockefeller Foundation. The origin story of psychiatry is thus one of industrial capital investing a portion of its stupefying profits, not into the production of goods, but into the institutionalization of a new form of knowledge, one that could produce a consensus around the medical character of social ills.” 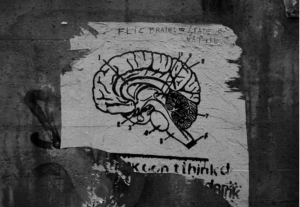