From STAT: “To reduce the rising burden of mental disorders around the world, the Lancet Commission on Global Mental Health and Sustainable Development has declared a need to increase psychiatric services globally, which should include an effort to ‘reduce the cost and improve the supply of effective psychotropic drugs for mental, neurological, and substance use disorders.’

Any call for improving global mental health needs to recognize two facts: First, there are commercial forces at work in this enterprise, which urge more access to psychiatric drugs. Second, as the globalization of mental health has unfolded over the past several decades, the burden of mental disorders has increased in tandem. Without such recognition, proposals for closing the global treatment gap risks further exporting a failed paradigm of care. […]

While the Lancet report is to be commended for acknowledging the importance of social and economic factors on mental health, the fact that it doesn’t investigate the public health failure of the past 30 years, which has unfolded even as the global market for the use of psychiatric drugs has expanded, puts it into the category of a potentially harmful document. It promotes more psychiatric treatment on a global scale without making the case that this will lower the burden of mental disorders worldwide. Indeed, it is easy to make the case, as we have sought to quickly do here, that ‘closing the treatment gap,’ when treatment includes increased use of psychiatric drugs, will likely make things worse.” 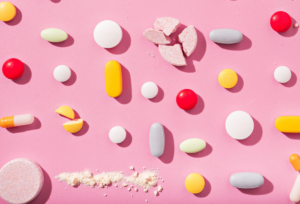