This week, MIA Radio presents the second in a series of interviews on the topic of the global “mental health” movement.” This series is being developed through a UMASS Boston initiative supported by a grant from the Open Society Foundation. The interviews are being led by UMASS PhD students who also comprise the Mad in America research news team.

On October 9th and 10th, 2018, World Mental Health Day, the UK government hosted a Global Mental Health Ministerial Summit with the intention of laying out a course of action to implement mental health policies globally. In the same week, The Lancet Commission on Global Mental Health and Sustainable Development published a report outlining a proposal for “scaling up” mental health care globally. In response, a coalition of mental health activists and service-users have organized an open letter detailing their concerns with the summit and report. The response has attracted the support of policy-makers, psychologists, psychiatrists, and researchers.

In the last episode, we were joined by Dr. Melissa Raven, a critical psychologist and epidemiologist, who discussed problems with the scientific evidence base used by the global mental health movement. She also emphasized the need to consider responses to the distress and suffering of people globally that address the social determinants of mental health, including poverty, education, and healthcare.

Today we turn our focus to the concerns raised by mental health activists in response to the UK summit and the Lancet report. To discuss these issues, we are joined first by Jhilmil Breckenridge, a poet, writer and mental health activist and later by social science researcher Dr. Bhargavi Davar.

Jhilmil is the Founder of Bhor Foundation, an Indian charity, which is active in mental health advocacy, the trauma-informed approach, and enabling other choices to heal apart from the biomedical model. Jhilmil also heads a team leading Mad in Asia Pacific; this is an online webzine working for better rights, justice and inclusion for people with psychosocial disability in the Asia Pacific region. She is currently working on a PhD in Creative Writing in the UK and, for the last three years, she has also been leading an online poetry as therapy group for women recovering from domestic violence. She is working on a few initiatives, both in the UK and India, taking this approach into prisons and asylums. Her debut poetry collection, Reclamation Song, was published in May 2018.

For our second interview, we are joined by Dr. Bhargavi Davar. She identifies as a childhood survivor of psychiatric institutions in India. She went on to train as a philosopher and social science researcher at the Indian Institute of Technology in Bombay and has published and co-edited several books, including Psychoanalysis as a Human Science, Mental Health of Indian Women, and Gendering Mental Health, while also producing collections of poems and short stories. Dr. Davar is an international trainer in the Convention on the Rights of Persons with Disabilities (CRPD) and the founder of the Bapu Trust for Research on Mind and Discourse in Pune, India. This organization aims to give visibility to user/survivor-centred mental health advocacy and studies traditional healing systems in India. 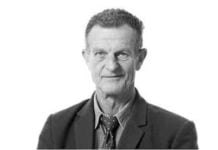 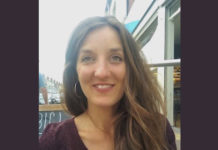