From Raw Story: “Religious trauma syndrome (RTS) is a set of symptoms and characteristics that tend to go together and which are related to harmful experiences with religion. They are the result of two things: immersion in a controlling religion and the secondary impact of leaving a religious group. The RTS label provides a name and description that affected people often recognize immediately. Many other people are surprised by the idea of RTS, because in our culture it is generally assumed that religion is benign or good for you. Just like telling kids about Santa Claus and letting them work out their beliefs later, people see no harm in teaching religion to children.

But in reality, religious teachings and practices sometimes cause serious mental health damage. The public is somewhat familiar with sexual and physical abuse in a religious context. As journalist Janet Heimlich has documented in Breaking Their Will, Bible-based religious groups that emphasize patriarchal authority in family structure and use harsh parenting methods can be destructive.

But the problem isn’t just physical and sexual abuse. Emotional and mental treatment in authoritarian religious groups also can be damaging because of 1) toxic teachings like eternal damnation or original sin 2) religious practices or mindset, such as punishment, black and white thinking, or sexual guilt, and 3) neglect that prevents a person from having the information or opportunities to develop normally. […]

Leaving a religion, after total immersion, can cause a complete upheaval of a person’s construction of reality, including the self, other people, life, and the future. People unfamiliar with this situation, including therapists, have trouble appreciating the sheer terror it can create.” 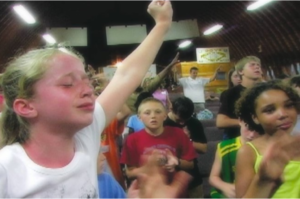