Sociologists Mallory Fallin, Owen Whooley, and Kristin Kay Barker recently published a piece in BioSocieties that interrogates the assumptions and implications of the field of neurocriminology. Neurocriminology is an interdisciplinary field that studies the biological underpinnings of crime. Fallin and team argue that this approach leads to the “production of strategic ignorance” that overlooks the influence of social factors that drive crime and antisocial behavior.

“Consequently, along with producing knowledge, neurocriminologists simultaneously produce ignorance regarding the social. They do so by sequestering, omitting, and ultimately ignoring the potential relevance of social factors in explaining crime,” the authors write. “This ignorance has practical strategic value in that the findings serve to reinforce the importance of neurological factors, while also justifying a paradigm shift in criminology toward biological explanations.”

Neuroimaging technologies are increasingly being used to identify how psychopaths’ and criminals’ brains function differently from “normal” brains, Fallin and team write. Statistics estimate that 15-20% of incarcerated individuals meet criteria for antisocial personality disorder compared to just 1% in the general population. Neurocriminology has focused in on these discrepancies, understanding them as indicative of the “inherited propensity for criminal behavior,” and stressing the view that crime is caused by biology.

Fallin and team challenge the paradigm in their new article, demonstrating how the field promotes and produces ignorance around structural and political factors that shape criminal behavior and incarceration.

Their analysis demonstrates “how neurocriminological research transforms complex, socially situated behaviors into problems of neurocircuitry.” Fallin and team emphasize that despite claiming a biosocial stance, the field of neurocriminology is confined to biological explanations of crime in a way that “eclipses the social.”

This results in “an account of crime that transforms a multitude of social, environmental, and behavioral processes into neurological dysfunction. Among other things, this depoliticizes crime and elides the interaction between the criminal justice system and social structural factors.”

Despite the field’s claim to legitimacy through its association with neuroscience, neurocriminology is met with skepticism by criminologists. The association with neuroscience is strategic, they argue, allowing neurocriminologists to capitalize from the cultural popularity of neuroscience and position themselves against mainstream criminology. Aligning with a view that privileges biological underpinnings produces knowledge that values biology as a driver of crime and social deviance and therefore reinforces a hierarchy of expertise the sequesters social explanations. This creates an epistemological battle between which forms of knowledge and knowledge claims are legitimate.

As an interdisciplinary field, neurocriminology draws from the methods of neuroscience, believing that human behavior can be understood through an epistemological lens of “mechanical objectivity” (Daston and Galison, 2010). However, while the field benefits and aligns with neuroscience, it lacks its organizational structure. Neurocriminology research receives funding from diverse outlets, publishes across academic journals and departments, and is housed within relevant disciplinary subsections.

Fallin and team conducted a discourse analysis to examine the underlying assumptions and practices in neurocriminology. They analyzed a sample of peer-reviewed studies that utilized a neurocriminological approach. By studying these scientific texts discursively, they approach their analysis through the lens that science is “actively engaged in producing facts, authority, and meaning.”

Their analysis found that neurocriminologists employ three prominent strategies that result in the obfuscation of social factors:

Fallin and team found that neurocriminology research failed to report essential demographic factors of participants related to social factors such as socioeconomic status, race/ethnicity, and gender. Instead, research reported control variables that correspond to physiological characteristics such as a history of head trauma, mental illness, substance abuse, IQ, and “handedness.” These results were then used to generalize about the criminal population overall in a way that depoliticized contextual factors. Race, for example, is excluded and framed as a non-essential variable.

2. The thinness of experimental task

Functional magnetic resonance imaging (fMRI) is utilized as a gold-standard of neurocriminology research. The premise beneath this approach is that individuals with conduct disorders or antisocial personality disorders have abnormalities in their perception and processing of contextual information that in turn results in destructive behaviors. This assumption corresponds to the utilization of behavioral tasks or brain imaging to measure complex concepts such as apathy, inhibition, and empathy.

“Just as neurocriminologists posit that their experimental populations do not process information in the same fashion as ‘normal’ controls, they also assume that the same populations cannot perform tasks requiring executive control, such as impulse control, affective regulation, and moral decision-making.”

The authors challenge the assumption that such behavioral tasks reflect the reality of social interaction within the social conditions and contexts that shape them.

3. The management of inconvenient facts

Fallin and team argued that when neurocriminologists assess and interpret their research findings, they privilege neurological explanations when faced with contradictory or inconvenient results. The authors identify three strategies employed by neurocriminology researchers during this phase: (1) elision, which involves drawing attention away from discrepancies, (2) spinning, which involves placing a specific emphasis on data interpretation that fits researchers’ views, and (3) reframing, which involves dismissing contradictory findings as untrustworthy or unreliable.

For example, the authors discussed one study by Sommer et al. (2010) which explored how the process of inferring emotional states might be different between “psychopathic patients” and “non-psychopathic patients.” The results indicated no significant differences across these two groups based on behavioral tasks. The fMRI results, however, showed significant group differences regarding the location of the brain that was activated when engaging in the behavioral tasks and the researchers emphasized the differences in the presentation of their findings.

Fallin, Whooley, and Barker contend that the production of knowledge that can be ignorant or harmful is not necessarily a result of dishonest motivations. They explain:

“Our argument, thus, should not be interpreted as ascribing untoward or dishonest motivations,” they write. “Rather, to bring to the fore the field-specific logic that undergirds certain research choices, one only needs to assume that neurocriminologists, like all researchers, are motivated by a desire to obtain recognition and field-specific scientific authority.”

However, neurocriminology’s positionality as a field, coupled with their view of human behavior, can result in the suppression of critical information necessary to fully understanding crime and the people that engage in “destructive behaviors.”

They continue, “Neurocriminology’s field-specific dynamics—namely its struggle for recognition as an ‘inside/out’ field and its polarized conflicts with mainstream criminology—structure its collective research practices. This, in turn, shapes the character of both the knowledge and ignorance that neurocriminology produces, as it allows certain explanations to emerge while suppressing others.”

Finally, these shortcomings and concerns are important to identify as they carry significant consequences.

“With the increasing use of imaging technologies like fMRI in prison sentencing and penal policy, sociologists must comprehend the consequences of these trends and the scientific assumptions upon which they stand.” 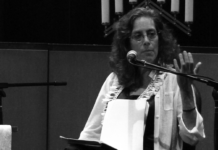 Critical Psychologist On How Scientific Research Can Influence Public Policy 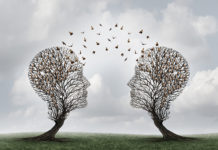 Perspectives on “Reality” from an Alternative Epistemology