A new study, published in the Proceedings of the National Academy of Sciences (PNAS), investigates the effects that proximity to green space in childhood has on mental health outcomes in adulthood. Results of the eighteen-year longitudinal study, which includes over 943,000 individuals, suggest proximity to green space among children younger than ten years old has significant outcomes on wellbeing later in life. In the study, disorders related to mood, depression, stress, and somatization were most affected by green space.

“In some societies, urban residents have almost 50% higher risk of developing psychiatric disorders such as anxiety and mood disorders compared with their rural counterparts, and schizophrenia risk is 200% higher for children growing up in the most urban environments,” the researchers, led by Kristin Engemann of Aarhus University in Denmark, write.

Research finds that individuals in urban areas experience higher levels of mental health concerns as compared to their rural counterparts. The mechanics of this “urban-rural gradient” are not well understood. However, scientists’ hypotheses include higher exposure to pollution and infections, reduced exposure to green space, and selective migration.

Contact with nature has been linked to community cohesion, reduced crime, and overall health. Some research examining this link suggests that access to green spaces may work to improve mental health.

The current study sought to examine the effect of proximity to green space in childhood has on the development of psychiatric disorders. Data on mental health outcomes, socioeconomic status, and place of residence between 1985-2003 were obtained from a Danish population-based registry. These longitudinal data were used in conjunction with satellite images detecting the proximity of residence to green space. Four different proximity squares were determined: 210 x 210m, 330 x 330m, 570 x 570m, and 930 x 930m.

“We combined these two datasets for two purposes: (i) to examine the specific contribution of green space presence during childhood to the risk of diverse, adolescent into adult psychiatric disorders, over and above the contributions of correlated risk factors including urbanization, socioeconomic factors, parental history of mental illness, and parental age; and (ii) to explore how green space is affecting mental health by estimating these associations at different ages and by determining the shape of the relationship green space has with each of the psychiatric disorders.”

After analyzing the longitudinal data for 943,027 individuals, and adjusting for urbanization, parent’ socioeconomic status, family history, parental age, and local socioeconomic factors, the researchers found high levels of green space during childhood to be associated with significantly less risk of developing psychiatric disorders in adolescence or adulthood. The risk increased incrementally with lower exposure to green spaces.

“Living at the lowest levels of green space compared with living at the highest levels of green space was associated with 15 to 55% higher risk, except for intellectual disability and schizoaffective disorder. The protective association remained after adjusting for other known risk factors including urbanization, socioeconomic factors, family history of mental illness, and parental age, indicating an independent association with green space.”

Although more research is needed to understand true effects green spaces have on development and wellbeing, the current study holds important implications for urban planning and mental health. The researchers conclude:

“As shown by the dose-response relationship between green space presence and psychiatric disorder risk, we found no sign of the positive association with green space reaching an upper limit. Hence, finding ways to provide high green space exposure during childhood should be encouraged in sustainable urban planning.” 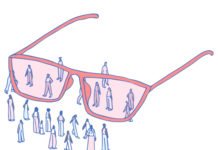