From Psychotherapy Networker: “When you look at the major health indicators in our society, what do you see? Every three weeks, the number of deaths from drug overdoses equals the total death toll from 9/11. The number of people diagnosed with autoimmune illness is going up, and mental health issues are snowballing. The number of children being diagnosed with one or another so-called medical disorder—whether it’s ADHD, anxiety, depression, so-called conduct disorder, oppositional defiant disorder, pervasive development disorder, not to mention the autism spectrum issues—keeps growing. More and more kids are being medicated all the time. Anxiety is the fastest growing diagnosis among our youth.

How do we explain why these problems are burgeoning? As a medical doctor, I was trained in the mainstream medical tradition, a perspective that sees the mind and the body as separate from one another, and the individual as separate from the environment. In this framework, society and culture play almost no role in the onset or the dynamics of illness. Everything is reduced to individual biology or individual behavior . . .

The problem with that perspective is that it cannot possibly explain why the problem of drug abuse [illness, etc.] is getting so much worse on such a large scale. The real sources are individual trauma in an increasingly isolating and dislocated culture. But our society loves to reduce everything to the level of the individual, because then we don’t have to look at the social factors. . . .

In essence, healing is a highly subversive act in our culture. Whether in a medical or more direct psychotherapeutic sense, our work with people is about subverting their self-image as isolated, simply biological or simply psychological creatures, and helping them see the connections among their existence, the nature of the culture we live in, and the functioning of all of humanity. It’s about challenging the idea that someone’s value is dependent on how well they fit into an abnormal, unhealthy culture. Ideally, as healers in the broadest sense, that’s what we should be doing.” 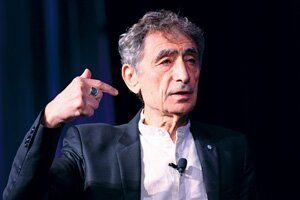