From Aeon: “According to [psychologist Naomi] Eisenberger, the significance of social pain goes back to evolution. Throughout history, we depended on other people for survival: they nurtured us, helped to gather food and provide protection against predators and enemy tribes. Social relationships literally kept us alive. Perhaps, then, just like physical pain, the pain of rejection evolved as a signal of threat to our lives. And perhaps nature, taking a clever shortcut, simply ‘borrowed’ the existing mechanism for physical pain instead of creating a new one from scratch, which is how broken bones and broken hearts ended up so intimately interconnected in our brains.

In one study, [social scientist Roy] Baumeister asked participants to write about a major blow to their self-worth and describe their immediate reaction . . . compared with minor incidents, the aftermath of major threats provoked significantly different responses in the subjects. They were more likely to become disoriented and paralysed, as well as lose their ability to think straight and make decisions. They felt removed from their bodies, as if looking at things from a distance. The world appeared to them unfamiliar and strange . . .

However fleeting, such moments of shock, of utter unguardedness, reveal something about rejection and belonging that normally remains hidden. We are more than social animals. We don’t just live with others but also through them and in them. They place us and ground us into the world. When they see us, they identify us. After all, what is identity but the slow, lifelong accretion of gazes: us looking at ourselves being looked at by others? What we see is, largely, what they see, or what we think they see. And when they turn away, when we become unseen, in a way we cease to be . . .

The harm goes beyond emotions. A growing number of researchers now recognise that threats to our social identity, such as being negatively evaluated by others, can tamper with crucial neurobiological systems. Studies of animals in subordinate rank and people exposed to negative evaluation . . . suggest that social rejection triggers inflammation – the body’s innate response to injury. Just as with physical threats, social ones can signal mortal danger, setting off a defensive immune attack against microbial intruders. While the process helps to fight infection, according to George Slavich, director of the UCLA Laboratory for Stress Assessment and Research, in cases of social rejection the effect can get out of hand, spiking inflammation to dangerous levels. Chronic inflammation, in turn, has been linked to diabetes, cardiovascular disease, some cancers, Alzheimer’s, arthritis, depression and others. Fuelled by the social rejection that pervades low status, it can also help to explain that elusive link between poor health and social inequalities.” 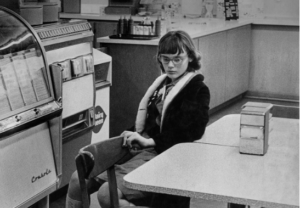