The Mad in America Parent Resources Q&A section is a safe place to ask questions and share concerns about children, families, and alternatives to conventional psychiatric treatments and have them answered on site by one of our subject experts. Please email your questions to [email protected]. Your identity will be kept confidential. Questions may be edited for length and clarity. An archive of past Q & A’s can be found here.

My son had no history of mental illness, but recently had a psychotic episode due to excessive marijuana use and a head injury sustained in a motorcycle accident. He is currently in legal trouble for hitting a staffer while involuntarily committed to a mental hospital.  Doctors now say he shows no sign of mental illness. He wants to get the charges dropped and to start drug rehab. My question: Is there any way to have a psychiatric diagnosis voided or otherwise stricken from one’s medical records? 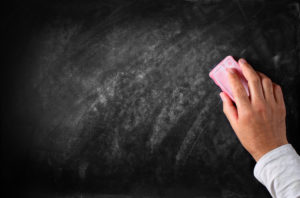 Editor’s note: We passed this question to two different experts to solicit both a diagnostic perspective and a legal take on the topic.

I had been an advocate and teacher of the American Psychiatric Association’s official diagnosis manual, the Diagnostic and Statistical Manual of Mental Disorders (DSM), until I served on two committees of the manual’s fourth edition while it was in preparation. After two years, I had to resign on ethical, moral, and professional grounds. I learned that, contrary to the claims of the manual’s authors and publisher, psychiatric diagnoses are not scientific, and the labels in the manual are not helpful in reducing human suffering. Indeed, receiving such a label exposes the labeled person to a vast array of harms.

Over the decades, I have heard from thousands of people like you whose lives have been upended by getting one or more of the DSM labels. The kinds of harm range from plummeting self-confidence to loss of employment, child custody, and security clearance, to loss of the right to make decisions about one’s own affairs. In the military, people who seek help from a military therapist for understandable suffering (combat trauma, desperately missing loved ones, etc.) are often diagnosed as mentally ill. Sometimes, they are discharged on those grounds.

And of course, as soon as one receives a psychiatric label, one is told that one should take psychiatric drugs.  Many of these drugs have been shown to increase violent behavior against oneself and other people and to cause serious physical conditions including diabetes, heart problems, and even death. This makes it extremely important to be able to get such labels removed from one’s records.

Very occasionally, I have heard of a labeled person being able to get a diagnosis removed from their charts, but that has usually been because they found a therapist willing to say that they are not and never were “mentally ill” and should not have been given a psychiatric label in the first place. Sadly, I know many more people who have made these efforts without success.

The best way to maximize one’s chances of getting these labels removed is by working with a lawyer. In one case, I tried to help an Army veteran diagnosed with Borderline Personality Disorder after being repeatedly sexually assaulted to get that label removed from her chart. An M.D., who was not a therapist, reviewed her records, believed the wrong people, and declared that her diagnosis was in fact appropriate. Later, with the assistance of an attorney who was also a veteran, she did get the “diagnosis” excised.

The shocking events you have described are sadly too common.  From my perspective, if a proper defense were to be put on it seems a jury would not be likely to convict your son if you can get the evidence to show what you say about how it all came about.

As to the question of changing medical records: Under a federal regulation, 45 CFR 164.526, a person has the right to ask for an amendment of their medical records.  There are various reasons why the medical provider (“covered entity”) can deny the request, but the person has the right to submit a statement of disagreement.  With some exceptions, any future disclosure of the information involved in the amendment must include the Statement of Disagreement or the request for amendment if no statement of disagreement (or a summary) has been submitted.

Good luck to you!

Paula J. Caplan, Ph.D., is a clinical and research psychologist, activist, Associate at the Du Bois Institute, Harvard University, and the author of 11 books, including one that won three national awards for nonfiction and two about psychiatric diagnosis. Her books include They Say You’re Crazy: How the World’s Most Powerful Psychiatrists Decide Who’s Normal and the edited Bias in Psychiatric Diagnosis. http://www.paulajcaplan.net

Jim Gottstein, J.D. A Harvard-educated lawyer and longtime activist for change in the mental health system, Jim Gottstein writes about law as it relates to psychiatric rights and fostering truly helpful, non-coercive alternatives to the current system. He is President and CEO of Law Project for Psychiatric Rights.