Many recent studies have found that children are significantly more likely to be diagnosed with ADHD if they are younger than their peers in their classroom, known as the relative age effect. A recent article, published in Pedagogy, Culture & Society, discusses the implications of the relative age effect findings. The lead author, Athanasios Koutsoklenis at St. Luke’s Hospital in Panorama, Thessaloniki, Greece, working with Finnish researchers Juho Honkasilta and Kristiina Brunila, reviewed 14 studies testing this effect across 11 different countries.

The relative-age effect, seen when children are younger when compared to their peers in the same grade in school, occurs because school-year cutoffs are based on when children are born. For instance, children born in January might be in a class with children born in December of the same year, making them 11 months younger. In early childhood, 11 months is a long developmental period, making some children likely to be at an earlier stage of development while their peers are more cognitively developed.

The studies reviewed in this article came from 11 different countries, all over the world. 12 of the studies found that children of younger relative age were more likely to receive the ADHD diagnosis, while 2 of the studies did not find an effect. Of those that didn’t find an effect, one took place in Denmark—where the authors note, parents of relatively younger children often delay their school start until the next year, preventing exactly this sort of problem. The other study found that—although diagnosis rates did not differ—younger children were more likely to score lower on ADHD scales. This study also sampled from existing study populations, rather than conducting new recruitment, which could bias results.

The authors then looked at the reasons given for this effect in reports of these 14 studies. There were four explanations, some of which are mutually exclusive.

The second and third explanations require the existence of a biological construct called ADHD, which might never affect a child’s life at all unless it is triggered by environmental challenges that place children at relatively younger or older developmental stages. These explanations are overly complicated and relatively unsupported by evidence (as there is still no biological test for ADHD, and neurobiological differences are controversial in the scientific literature). These explanations still require the social environment and relative age to cause the behaviors called ADHD, but they also require belief in a layer of hidden, undetectable biological difference to explain the existence of a subjective construct.

The fourth explanation requires the assumption that there may be a large difference between environments in different months and that this different consistently impactful across different geographical locations.

Occam’s razor is a principle dictating that a scientific theory that can account for everything in the model with the fewest assumptions is the best explanation. A high proportion of assumptions are involved in the last three explanations, while the first requires fewer assumptions. Thus, Occam’s razor and the scientific tradition support the first explanation: that ADHD is a social construct and children at a younger developmental age are given that diagnosis to explain their difference.

Koutsoklenis and co-authors then further investigate the implications of this explanation for the diagnosis of ADHD. Primarily, they focus on the use of diagnosis to medicalize children’s developmental stage: to turn a contextual, social issue into individual “illness” that can be controlled via medication.

However, the authors write that conceptualizing children’s developmental level as an illness serves a purpose for children and their families. Through diagnosis, children receive educational support at school, make sense of their differences from peers, and blame is shifted away from parenting and onto the individual child’s biology.

The authors write that this “reveals more about the way schools function in contemporary Western societies than about the students diagnosed with ADHD.”

Despite Claims, EPA Supplement Does Not Improve ADHD Symptoms in Youth 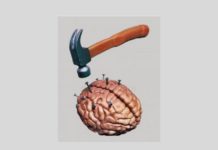