Editor’s note: Janet Foner, a longtime mental health liberation activist, passed away on July 24, 2019. Those who knew her are invited to share their remembrances here in the comment section.

We lost a giant today — a woman who, more than anyone else in my life, taught me what it meant to live a life of courage, integrity, thinking outside the box and how to be genuine while also strategic in building relationships that have had a huge impact on the world. Janet Foner was one of the most remarkable people I have ever had the pleasure to know and to work with.

My first significant memory of her was over 20 years ago during a Re-evaluation Counseling mental health liberation weekend workshop which Janet led. She held a 7am support group for ex-psychiatric inmates and it was my first time ever going to such a group. She took turns “counseling” us one at a time surrounded by everyone else. She knew my mental health story (from previous interactions) yet in my turn she asked me to say “There was never anything wrong with me.” It shocked me and struck me as a completely wild and crazy idea, given that she knew I had been labeled with chronic schizophrenia by more than one psychiatrist and I had been on and off psychopharmaceuticals for many years. I thought her direction to me was absolutely ridiculous, yet, she was a worldwide leader whom I deeply respected and trusted. So what was I to do but to try and say this “There was never anything wrong with me.” Well I said it, in this small and safe group, with affect that was flat as a pancake. Janet said, “Say it like you mean it” and she stayed with me in a loving and supportive way, urging me to take it in, to consider that notion. She never pushed hard. And over the many years that I (and hundreds of others) worked with her within the RC community she always created a safe and respectful space, inviting us to consider new ways of cleaning our perceptual lens and working towards the world we wanted to create.

That giant contradiction Janet gave me; honestly, it was a struggle for me to even try to begin to wrap my mind around it. And who was she to know better than “the experts” — the psychiatrists, psychologists, social workers and virtually every mental health professional I had ever known. It was confusing. She was a force to be reckoned with. She was the embodiment of a radical contradiction to everything I had ever been taught about mental health. Might I add that at this time I had a masters degree in psychology and about 15 years of working in the field when she offered me this “There was never anything wrong with me” contradiction? Who do I trust? This wiry-haired mad-looking woman who had radical ideas about capitalism, the pharmaceutical industrial complex and oppression and who offered a vision of the world as inclusive, loving and socially and economically just.

I have worked hard and intentionally on my liberation for the (now) 29 years I have been involved in the RC community. It took me a few years to begin to wrap my mind around her radical concept and a few more years to embody the reality that in fact there was never anything wrong with me. The seed she planted began to bear big, meaningful fruit. I could see my real and genuine self separate from the mental health oppression that had been heaped on me from my earliest memories. I am not the sum of all the patterned ways I was taught to think and feel.

It is only because of the work I did with Janet Foner and other worldwide RC mental health liberation leaders (who, like me, supported Janet’s work, her brilliant mind and counseling skills) over many years that I was able to take a leap of faith and become the director of the National Coalition of Mental Health Recovery (NCMHR). In that role I got to take on — full force — the heaps of oppression that get spewed at every opportunity in the U.S. and the oppressive mindset that most people believe as “truth.” In my role I got to share my story on Capitol Hill and within many programs of the Federal Substance Abuse and Mental Health Services Administration, of being misunderstood and mistreated, and to educate decision-makers and legislators about NCMHR’s policy priorities in order to create a more helpful, more healing and more inclusive mental health system of care. And I could lead the NCMHR from my heart, with compassion, because I came to understand the social, economic and political dynamics of oppression as well as to see through that dysfunctional lens and lead us towards a path of liberation.

I am and will always continue to be eternally grateful for Janet’s tenacity and courage to bring diverse leaders together and teach many thousands of people around the world about Mental Health Liberation. Many people do not know that Janet helped form the very early Alternatives Conferences in the U.S. and she co-founded MindFreedom International and to this day she continued serving on its board. As she said in a speech she gave at MindFreedom’s Creative Revolution conference in 2007:

I remind David periodically that it is the depth of mental health oppression that is keeping us from moving forward as fast as we originally thought we would. I remind him that many of us have had years of heavy psychiatric drugs, electroshock, seclusion, four point restraint, etc. in the mental health system, and that that has made it more difficult to organize ourselves than some other movements.

But I also want to remind us that they took their best shots at us and failed, they did not get us down, they didn’t stop us, and they can’t, because we know more than they do about recovery. They assume that no one can recover, and we know people can, because we have done it, and helped others do it, too. The system repeats the same old record over and over: you are sick, there is something wrong with you, you will never get better, you can’t make it in society, you will need drugs forever. We know that those old records that play the same song over and over have proved to be useless and non-productive. In contrast, what we do is powerful, and healing. We can think around and outside of the system, and that puts us in a much better position to change things for the better.

We are the pioneers, making a space in the world for our work and our dreams to happen. 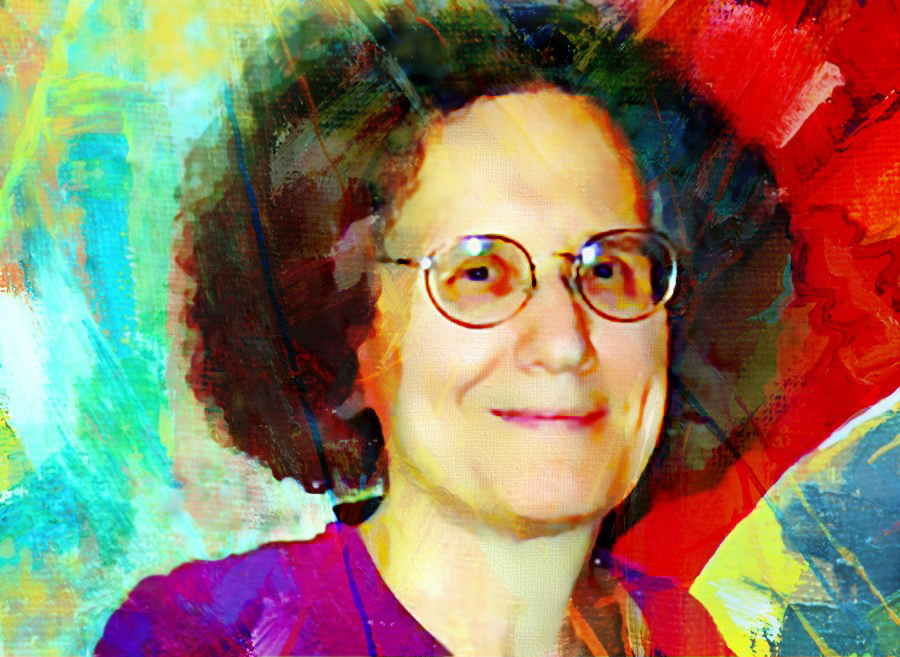 Janet Foner: Thanks for Your Lifetime of Mental Health Liberation, and Three Decades of Wonderful Friendship!

This is hard to do. I miss you! I valued our regular Facetimes, with you in Harrisburg, PA and me in Oregon. Recently, I talked about updating and reissuing a poster you created many years ago for MindFreedom International. By far, this was our most popular piece of public education, appearing on walls all over the world:

Title: “The 10 Warning Signs of Normality”

Readers of that humorous poster would not know that this was based on part of one of your actual workshops, which I had the pleasure of attending several times, about what is this thing we call “normality” and why do so many in the public believe it exists?

Spoiler alert: Janet talked about so-called normality as the “average of the ruling class’s distress patterns.”

I first met Janet back in 1988 in Portland, Oregon at the biggest conference ever held by the National Association for Rights Protection & Advocacy. I was giving a fun little workshop about playing a game where we each took an identity of an oppressed group, and together created a revolution. Janet asked me why don’t we do this in reality?

I got to know Janet better as we met with more and more other psychiatric survivors and allies, planning a counter-conference to the American Psychiatric Association Annual Meeting in New York City in May, 1990. I especially recall a moment in the hallway during our event, at the new youth hostel, when Janet affirmed my own leadership in this movement. For years the word “leader” had been suspect in our field, which often substituted the word “elitist.”

Janet, your support and wisdom helped me learn that we all, everyone on Earth, need to have our leadership affirmed for nonviolent planetary revolution for the liberation of all, nature included.

You see, the founders of MindFreedom did not just pick a word that would resonate. Janet believed that with enough empowering support any of us, at any moment, can have a mind free enough to choose liberation.

Janet’s friendship and support became, I discovered, a bedrock that could never, ever be diminished. I learned that Janet wrote her Master’s dissertation on building a humane alternative to mental health. I enjoyed seeing the complex and beautiful quilts this artist created. I got to know and love Janet’s family, her two sons and beloved husband Mayer.

While my connection with Janet was mainly through MFI and our close friendship, her MFI work was actually only part of her “mental health system survivor” liberation leadership, as she called it. Janet kept this very separate from MFI, but she treasured her decades of close work with Re-evaluation Counseling, a peer-based support organization created in the 1950’s. Janet felt that RC saved her life, and she was an international leader in that other nonprofit. While not my cup of tea, I met many warm and wise people involved in RC, and valued and respected much that they offer liberation groups in the “Wide World” as movements such as ours are known in RC.

After my injury and profound disability, you made several trips here to visit and always knew how to have fun, as well as offer healing words.

Janet, you have been one of my closest and deepest friends in my life. Your amazing wisdom, no-nonsense strength, vision of Earth as we could be, decades of leadership on the MFI board, and so much more will be missed.

As never before, may your life call to others to find their leadership for nonviolent planetary revolution. Now!

Janet, you loved movies with a smart message and humor. During one of our last Facetime talks, you recommended a documentary with a title that readers of this brief tribute — and there will be more — will probably appreciate:

“If You’re Not in the Obit, Eat Breakfast”