Hugh: Ann, I’ve been leading a series of workshops having to do with issues of ‘mental health’ and ‘mental illness’ at UX, a community organization that offers free classes and workshops. We’ve titled this series “Creating Our Mental Health,” and I’ve been looking forward to talking with you about how it’s going… and what I’ve been learning and trying out.

Ann: Great! I’m so glad to see you volunteering and leading therapeutic workshops. It’s a great way to show, in practice, that we can build therapeutic environments and have therapeutic conversations outside the therapy office. How is that going?

Hugh: Well, as you know, there’s so much stigma attached to mental health issues that it’s really hard for people to talk about them openly, even with professionals, much less with friends or family. What makes it even harder is that so many people, particularly poor and working class people, have had bad experiences with helping professionals and the mental health system which is focused on testing, diagnosing, labeling and medicating them rather than empowering them to grow. I’ve been co-leading the workshops with Rachel Mickenberg, a licensed social worker and social therapist, and Jan Wootten, an East Side Institute faculty member. We wanted to create environments in which people can have new kinds of conversations that would help change their relationship to mental health — to help them come to see mental health not as something that happens to them but as something they can participate in creating. I’ve been moved at how open and honest people have been. They’re hungry for these kinds of dialogues.

Ann: Relating to people as active creators of their mental health, rather than suffering from a “mental illness,” is in-and-of-itself therapeutic. Not an easy task! It’s so ingrained in our culture and I struggle with it in my practice. People come into therapy wanting to fix their brains, their chemistry, their broken emotions. And that’s how they talk about themselves and how they talk with others. It’s hard to have people change their relationship to their mental health and how they talk about it.

Hugh: Yes, that’s exactly why Rachel and I came up with the idea of a three-session series of workshops that would bring together these two things that aren’t usually thought of as having much of a connection — creativity and mental health.

Hugh: Rachel and I started the series by calling attention to the weirdness of the title. We explained that we wanted to challenge the conventional assumption that mental health is a static condition or attribute — like having long legs or big ears — by suggesting that it’s more useful to think of it as an activity that people do together, rather than a thing that individuals have or don’t have. If we’re interested in growing, this distinction matters because we can change what we do — what we are, not so much. That started things off with a bang. The workshop participants were a very diverse bunch, ethnically and otherwise, which helped make for some rich conversations — including conversations about how we were talking.

Ann: “We can change what we do — what we are, not so much.” Hugh, that’s a pretty provocative statement! What do you mean?

Hugh: It’s like what you said earlier. People think there’s something wrong with them and that they have to get fixed, so they work on changing themselves. We help people focus on their activity — how they talk, how they respond, how they live their lives — because they can change their activity, and by doing so, they grow, develop and change.

Ann: Yes, that’s another complex therapeutic struggle. People often think they have to be fixed before they can change what they do. But as you say, and I agree, it’s the other way around.

Hugh: Yes. So in this workshop Rachel and I said that we wanted to explore different ways of talking. Often the way we talk can produce loneliness rather than an experience of being connected to others. At our first workshop we did a performance exercise called “Amazing Silence,” which we discovered in a wonderful book called Performance Breakthrough: a Radical Approach to Success at Work by Cathy Salit, the CEO of Performance of a Lifetime, which has several performance exercises that we found helpful.

Ann: How did the exercise go?

Hugh: We asked participants to pair up and face each other. The pairs were instructed to look directly into each other’s eyes for ten seconds. Then one person in each pair was asked to tell the other person something that was important or meaningful to them — something that they might not normally talk about — in just one or two sentences, while the two maintained direct eye contact. Before the other person responded, both were instructed to be silent for ten seconds, still looking into each other’s eyes. Then the second person was asked to respond to what the first had said without saying anything about what they themselves thought or felt about it, without identifying with it or criticizing it or changing the subject.

Ann: That sounds so uncomfortable, both looking into each other’s eyes and waiting ten seconds to respond. Did people say they felt awkward, looking into a stranger’s eyes?

Hugh: Yes, very. But everyone was willing to try, awkward and uncomfortable as it was. Rachel and I encouraged the listeners to let what the first person had said “wash over” them, to think about it, to be curious about it, to ask questions — and in doing so to get to know that other person. And again, before the first person responded, both were asked to sit silently as they continued to look into each other’s eyes. They did this, back and forth, for about three minutes. Then we had them reverse roles, the second person becoming the speaker and the first person the listener. And after that we all got back together as a group and talked about what they’d experienced.

Ann: What did they say?

Hugh: Several people said they found the experience “intense.” Some said they had felt vulnerable. A few were “nervous” while they were looking so intently into their partner’s eyes for what seemed a long time. Others agreed that it had made them nervous but had also helped them feel closer to the other person. One woman said it made her realize how “speedy” conversations normally are, and that she loved the experience of slowing things down… it helped her to hear what the other person was saying. A woman who described herself as “shy” said she hardly ever talks about herself, but this exercise had forced her to do so — and she found that she enjoyed it.

Ann: How did you feel, leading this exercise? Certainly not in the repertoire of psychiatric practice.

Hugh: You know, it felt really good to break out of my role and do something playful with people — so it was therapeutic for me too. I love doing these workshops. Rachel and I spent the next two sessions with participants examining what we did and how we did it. “Do try this at home” was our prescription.

Ann: Do you have a plan for expanding and growing “Creating Our Mental Health?”

Hugh: We’re reaching out to everyone who attended to ask for their help in bringing these workshops into their faith communities, their senior centers, their neighborhood clinics — anywhere and everywhere that they can. We believe that ordinary people can lead these kinds of conversations and we want to train people to lead these workshops in their communities. 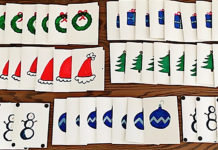 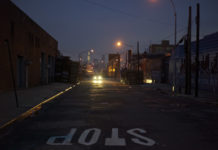 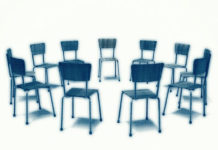 The Lonely Wave: On the Failure of Group Therapy