A new paper challenges concepts used in the mental health field that view people through lenses of abnormality and pathology. The authors – Thomas Dirth and Glenn Adams – draw on disability studies and decolonial analyses to legitimize and normalize diverse ways of being a person. They reconceptualize disability as a historically oppressed minority identity and move pathology outside of the person and locate it in the sociopolitical, economic, and environmental forces that shape them.

Their analysis, published in the Journal of Social and Political Psychology, goes in-depth to reveal the complex forces, including neoliberalism and coloniality, that have shaped dominant conceptualizations of normality and “ability.”

“The injustice of disability is not merely one of inaccessibility or barriers that prevent people with impairments from achieving normative lifestyles and standards of productivity (i.e., disablism),” they write.

“Instead, the broader injustice of disability lies in ableism of everyday life: that is, technologies and ideologies that institutionalize neoliberal individualist ways of being, (re)present them as just-natural values, and prescribe them as lifestyles to which everyone—regardless of impairments—should aspire.” 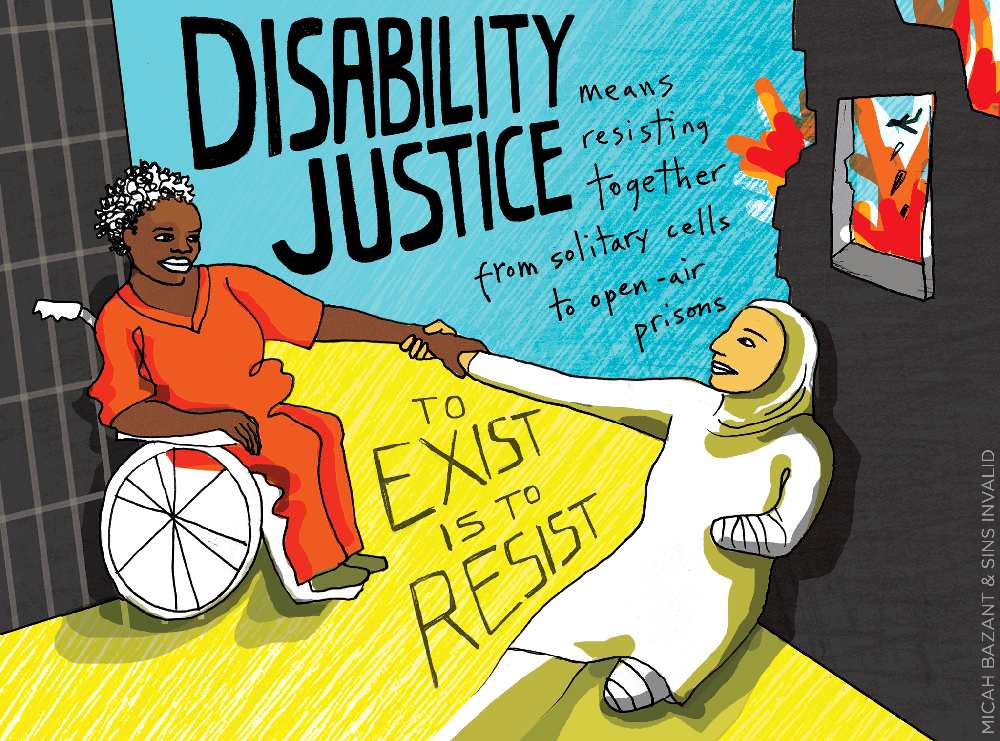 Offering a critique of traditional psychological knowledge, Dirth and Adams align with disability studies. Unlike the medical model, disability studies see disability as manifesting from contextual limitations such as environmental barriers and negative social attitudes. The authors define disability as an “expression of a physical or mental limitation in a social context… [a] gap between a person’s capabilities and the demands of the environment.” This broad definition avoids reductionist pitfalls that imply inherent biological inferiority, disease, and illness.

The foundations of psychological traditions are rooted in the Enlightenment project, which sought to objectively measure human differences as deviations from a norm to then predict and better control life outcomes. The medical model developed to focus on conceptualizing disability as occurring within the individual body or mind as a disease entity. Within this framework, abnormal became understood as deviations from an established reference of comparison that represented normality. This assumed standard for normalcy, the authors contend, was based on Male Eurocentric bodies.

A medicalized view extracts people’s experiences from context and structures. This individualized view of peoples’ distress and success fits alongside a contemporary neoliberal ideology that renders individuals solely responsible for their life outcomes. At the same time, the failure to achieve ideal results is portrayed as an individual shortcoming as well, and thus, options for “healing” and intervention are centered at the individual level.

“Informed by the medical model, psychological science portrays disability in contrast to this experience of freedom from constraint, as a disruption to the essential capacity for unrestrained and independent action, or as a deviation from the cultural mandate to be “solely responsible for [one’s] own outcomes and positioned as free of responsibility to others,” Dirth and Adams explain.

“Given this construction of the problem, the prescribed solution to the disruption caused by disability is the elimination of impairment-related restraints via corrective interventions within the body and/or mind (e.g., surgeries, pharmaceuticals, therapy, technological accessories).”

In this way, the medical model and neoliberalism work in tandem and collude with structural forces of oppression that “differentially afford health and illness.” Distress is reconceptualized as a person’s inability to successfully exercise self-direction and other characteristics that are valued by the economic market.

Similarly, prevailing views in psychology, specifically within the positive psychology movement, are highlighted as forwarding “ahistorical, apolitical, and universalist (perhaps even imperialist) model of human development,” the authors write. As a result of this collision between psychological, neoliberal, and medical views, disability has become understood as “personal adversity to be overcome.” The authors explain how experiences of disability become constrained within this limited lens:

“Disabled people who successfully navigate abled spaces (i.e., outperforming lowered expectations) or accomplish extraordinary feats (e.g., completing a marathon, climbing a mountain, getting into an Ivy League school) serve as exemplars of neoliberal agency. Disability is culturally figured as the most daunting of obstacles, and if someone can independently achieve in the face of such adversity, then surely no one else, regardless of ability-level, has an excuse for failure to achieve similar feats.”

“In short, one can either risk objectification as an inspirational figure for personally overcoming disability adversity with good cheer and grit, or risk backlash for advocating for social and political change, as this may be perceived as an indicator of whining, laziness, or trying to ‘cheat the system.’”

Alternatively, the social model of disability reconfigures the disability experience not as inferior but as normalized, viable, and valuable. The authors outline that this is done by locating disability within its environmental (e.g., ecological, political, economic, and cultural) constraints.

The social model views disability as a viable expression of human diversity, leaving room for experiences of pride, wellbeing, and satisfaction with one’s abilities and experiences. Finally, the social model views disability as a potentially valuable identity that can provide avenues for community, solidarity, and empowerment toward activism and critical consciousness. Indeed, studies demonstrate that these forms of solidarity and social support can protect against the harmful psychological effects of discrimination.

Dirth and Adams describe how the social model of disability clashes with the traditional medical model view:

“This idea that disability social identification could be a resource for well-being seems antithetical to hegemonic perspectives in psychological science associated with the medical model, which construct disability as individual abnormality and tragedy. This idea also contrasts positive psychology approaches that emphasize personal meaning-making and cultivation of individual strengths.”

“Whereas the medical model and positive psychology turn attention away from collective manifestations of disability experience, the social model illuminates how the category disabled is both a social construction and a liberatory social identity that provides resources for well-being in the face of pervasive discrimination.”

Finally, the social model promotes and advocates for systemic inclusion for people without necessarily challenging the neoliberal, Euro-American standards of normality that continue to be upheld.

Dirth and Adams elaborate on this point:

“Although the social model advocates systemic inclusion for disabled people, it devotes less attention to the question of ‘inclusion into what?’

They go on to write that the social model of disability “typically leaves unchallenged or treats as unremarkable the neoliberal individualist conception of action—as the property of autonomous individuals who are characteristically free from constraint—that informs normative standards.

Therefore, the authors have drawn upon critical disability studies and its intersection with decolonial analyses. These disciplines seek to question dominant notions of “ability.” They turn the lens of analysis onto taken-for-granted assumptions of what appears to be “natural” human experiences. This analysis exposes how neoliberal concepts of the self not only marginalize people who hold minority identities but promote the pursuit of individual entrepreneurial qualities and high levels of resource consumption.

Critical disability studies merge with a decolonial analysis to “denaturalize” ability. Together, these perspectives offer new ways of knowing and examining the diverse experiences of humanity.

Importantly, they uncover that psychological and neoliberal notions of self have prescribed Euro-American ways of being as superior and natural. Indeed, Dirth and Adams highlight the colonial resonances evident in framing concepts of normality around Western Educated Industrialized Rich and Democratic (WEIRD) people that are nonrepresentative of the majority world.

“. . . Coloniality is evident in the origins of modern ways of being. The neoliberal individualist models of person and society associated with Euro-American global modernity are not a reflection of human essence in its pure or natural form. Instead, the experience of freedom from constraint and abstraction from context associated with these ways of being is very much dependent on contextual affordances associated with colonial violence.”

A decolonial analysis enables scholars to link prevailing concepts of normality, which dictate psychological practice, to the colonial contexts that have “produced Euro-American modernity.” In other words, they examine how forms of normality have perpetuated racist and culturally-laden notions of superiority and ability. Thus, a type of disablement is projected upon those who do not represent WEIRD ways of being.

Rather than seeing disability as a deficit, critical disability studies understand disability experiences to represent forms of resistance to an oppressive norm by representing challenges to systems and ways of thinking that negate the “relationality of everyday life.”

Viewing disability through a global disabilities studies lens allows for opposition to the forms of normality that psychology, neoliberalism, the medical model, and coloniality have established, offering greater diversity and calling attention to ongoing forms of violence.

In the pursuit to use critical disability studies to denaturalize ability, Dirth and Adams highlight that a decolonial analysis makes possible a process of imagining alternative ways of being.

Rethinking Our Concepts of Disability to Meet Our Changing Social Worlds