From BBC Future: “Over the years, Golomb has collected reports from patients across the United States – tales of broken marriages, destroyed careers, and a surprising number of men who have come unnervingly close to murdering their wives. In almost every case, the symptoms began when they started taking statins, then promptly returned to normal when they stopped; one man repeated this cycle five times before he realised what was going on.

According to Golomb, this is typical – in her experience, most patients struggle to recognise their own behavioural changes, let alone connect them to their medication. In some instances, the realisation comes too late: the researcher was contacted by the families of a number of people, including an internationally renowned scientist and a former editor of a legal publication, who took their own lives.

We’re all familiar with the mind-bending properties of psychedelic drugs – but it turns out ordinary medications can be just as potent. From paracetamol (known as acetaminophen in the US) to antihistamines, statins, asthma medications and antidepressants, there’s emerging evidence that they can make us impulsive, angry, or restless, diminish our empathy for strangers, and even manipulate fundamental aspects of our personalities, such as how neurotic we are.” 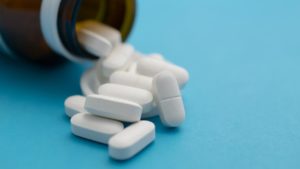