From The Big Issue: “Our society is addicted to work. If there’s anything left and right both seem to agree on, it’s that jobs are good. Everyone should have a job. Work is our badge of moral citizenship. We seem to have convinced ourselves as a society that anyone who isn’t working harder than they would like to be working, at something they don’t enjoy, is a bad, unworthy person. As a result, work comes to absorb ever greater proportions of our energy and time . . .

The system makes no sense. It’s also destroying the planet. If we don’t break ourselves of this addiction quickly we will leave our children and grandchildren to face catastrophes on a scale which will make the current pandemic seem trivial.” 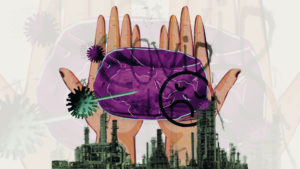