Where biologically-oriented psychiatry is the default — perhaps the only — response to mental health crises, it may be hard to see how radically different Open Dialogue actually is. Including social networks in crisis response might seem like a simple (even obvious) extension of “treatment as usual.” It may even seem like — or become — an extension of case management, and compliance. Medical schools train their students to take control — and responsibility — in a crisis; to provide comfort and reassurance to people who are suffering and afraid, by providing solutions with an authoritative voice.

Psychiatrists in Open Dialogue, however, work within teams in which their expertise, though valued, is but one voice in a process based on the belief that any one person’s mental health depends on conditions in which all voices will be heard, and responded to.

Thomas Ihde, one of the panelists on the next HOPEnDialogue/Open Excellence/MIA “Town Hall on Open Dialogue in a Time of Crisis” (Friday, February 12 at noon EST) notes that when he and his colleagues introduced Open Dialogue to their region, their medical board criticized them for “watering down” physicians’ role. The board’s review found, however, that physicians found their work on “mixed” teams, in a dialogical fashion, was both easier and more effective than their previous medically-focused standard of care. The board was surprised, in fact, by “how happy and content everyone was, and that none of our physicians could understand what they meant by the ‘watering down’ of their role.”

Our panel on February 12 will explore how psychiatrists outside of Western Lapland who have been inspired by Open Dialogue have been inspired, as well as how they have met the challenges of transitioning to working “dialogically.”

“Open Dialogue has opened a way for me to be the best doctor I can be, as part of a clinical team, with enough time and space for all of us to be present as fully embodied human beings,” says panelist Chris Gordon. “This creates a space in which the person can be heard and supported, in which practitioners can offer their knowledge with humility and care, in which truly shared decision-making can occur.”

Sandy Steingard, another panelist, says that working with Open Dialogue has allowed her to be “less reliant on a flawed diagnostic system, and to incorporate multiple perspectives into the clinical decision-making process.”

Please join our panel of psychiatrists from Switzerland, Spain, Italy and the U.S. on Friday, February 12 at noon Eastern U.S. time (5:00 pm London time) to discuss these and other crucial questions of bringing Open Dialogue to a world in crisis. 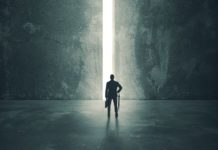 How Can Mental Health Research Become More Relevant to Those it is Meant to Serve?