A new article published in Science reviews the existing literature on the relationship between poverty and mental health–focusing on depression and anxiety disorders. The research was led by Matthew Ridley, Gautam Rao, and Frank Schilbach, leading economists from MIT and Harvard, with the well-known psychiatrist and global mental health advocate Vikram Patel.

The researchers provide a complex picture, exploring both how living under precarious economic conditions causes psychological distress and how this distress affects a person’s ability to better their economic conditions. The authors argue for the importance of studying mental health within the field of economics:

“We explore the evidence for the bidirectional causal relationship between poverty and mental health and its underlying mechanisms. Poverty is also correlated with poor physical health, but the relationship between mental illness and poverty has been overlooked and is worth emphasizing. Mental health has historically not been considered a priority by economists and policymakers, and until recently, mental health care had not been evaluated as an anti-poverty tool.” 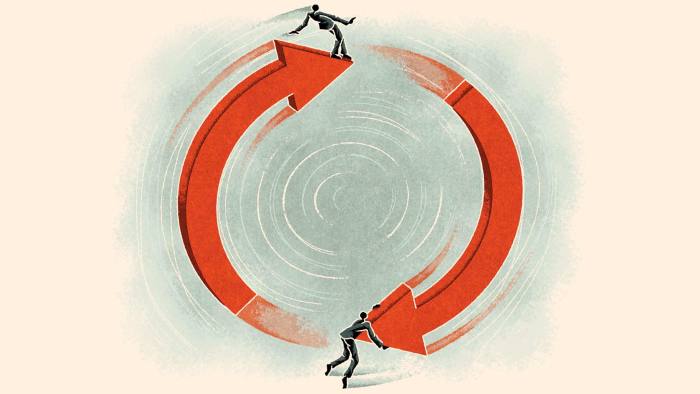 Natural experiments—experimental studies in which the changes in conditions occur naturally—have provided evidence that there is a causal relationship between job loss, economic decline, and the increase of mental illness diagnoses within the population. Similarly, when people in poverty experience an increase in income, psychological distress is reduced.

Additionally, when anti-poverty programs are implemented, symptoms of depression, stress, and worry are reduced, and people experience more happiness, on average. Antipoverty programs’ positive effects last for years after they have been implemented. Economic interventions such as increasing the minimum wage have also been found to decrease suicide rates.

People who live in poverty experience financial insecurity and economic uncertainty, which creates anxiety over their ability to meet their basic needs and those of their family members. The sustained anxiety, worry, and stress can deteriorate both mental and physical health. Job loss or income reductions often drive the phenomenon of deaths of despair. When people foresee long-term economic hardship, they are more likely to develop an addiction or lose their lives due to drug overdoses or suicide.

Previous studies have shown that economic deprivation in the United States has influenced the recent increase in suicide rates. Also, for those suffering due to the effects of poverty, psychotherapy has been found to be less effective in reducing distress when it does not address economic factors. The marginalization of people living in poverty may lead to social isolation, loneliness, diminished happiness, and reduced life-satisfaction, which are factors associated with depression.

Economically disadvantaged groups are more likely to be exposed to pollution, temperature extremes, and challenging sleep environments as they are disproportionately affected by policies that create these environmental conditions. Pollution exposure has been connected with negative effects on both physical and mental health. At the same time, temperature extremes and sleep deprivation are associated with increases in suicide, self-harm, and the diagnosis of mental disorders.

Due to the living conditions of communities in poverty, they are more likely to be exposed to traumatic events such as crime, the loss of a loved one, and intimate partner violence. Exposure to violent events such as these, alongside economic stress and malnutrition, affects young children’s psychosocial and neurological development, which increases the odds of developing a mental disorder in adulthood.

The Effect of Mental Health on Poverty.

The literature also indicates a causal relationship between experiencing a psychological disorder and decreased economic circumstances (such as lower-income, job loss, and unemployment rates). Moreover, people who receive psychotherapy for their psychological disorder are likely to bypass some of the barriers associated with poverty or financial stress.

The symptoms associated with depression and anxiety hinder a person’s ability to work due to fatigue, lack of motivation, impaired concentration, excessive rumination, difficulties with short-term and long-term memories, and other cognitive functions. The authors add that:

“Such cognitive impacts could alter a range of economic decisions and outcomes, from finding jobs to saving to education and by exacerbating ‘behavioral biases’ that economists increasingly recognize as important. For example, depressed individuals might avoid making active choices and may stick with ‘default options,’ may have decreased sensitivity to incentives because of anhedonia, or may have difficulty choosing among several options.”

Decision-making is also impaired by negative beliefs about oneself, others, the world, and expected outcomes. These beliefs also affect people’s preferences and their willingness to take risks, make investments, save money, and even take up social programs.

In countries without proper healthcare access, people who live in poverty are more likely to pay for their medical treatment out of pocket. This becomes a barrier to receiving services. When they do receive services, their exorbitant costs impact the patient’s finances.

The authors identify a series of issues that may influence the prevalence of depression and anxiety in the coming years. Among them are the COVID-19 pandemic, climate change, excessive social media use, technological change, and globalization. To attend to these issues, Ridley and colleagues make some suggestions.

“Combining psychological and economic interventions may lead to treatment effects that are greater than the sum of their parts. In particular, improved mental health could increase the economic returns of receiving cash or asset transfers by improving decision-making and productivity.”

Because mental health services are underfunded, they also suggest giving proper funding to provide optimal services and expand their accessibility. This should be followed by a stimulation of the demand for these services by reducing stigma and promoting the use of these services.

This article provides clear and ample evidence of the relationship between poverty and the diagnosis of depression and anxiety while illustrating the complex dynamics in this relationship. The work of economists on these issues could benefit mental health providers who work with economically disadvantaged clients through the development of alternative and additional interventions that address their economic reality.