From NBC News: “Britney Spears’ recent court testimony might have put her previous mental health evaluations under a cloud of mistrust, but her allegations of abuse are unlikely to help her gain independence without further psychological scrutiny.

Despite concerns raised about her previous evaluations, it’s unlikely that the court will throw away her doctor’s filings and release her from the conservatorship, said Scott Rahn, a California-based trust lawyer who handles estates and conservatorships . . . Spears will probably have to submit to a new psychological assessment, which she told the court she doesn’t want, Rahn said.

Allegations of abuse aren’t uncommon in conservatorships, said Tamar Arminak, a conservatorship lawyer who worked with Amanda Bynes’ parents . . . ‘It is the psychiatrist that holds, sort of, dangling the carrot: “Everybody around you is telling me you’re not complying,” “You’re not doing well,”‘ Arminak said. ‘”Therefore, I’m going to put you in inpatient treatment.” “Therefore you are going to be institutionalized.” “Therefore, things are going to change for you.” And as we know from Britney’s testimony, that’s exactly what happened to her.’

. . . Spears’ situation has highlighted a larger debate around mental health and disability rights when it comes to forced treatment and guardianships, [Ira Burnim, legal director of the Bazelon Center for Mental Health Law] said. The guardianship system is unlikely to reform or change, as ‘legal processes for people who are devalued tend not to work all that well.'” 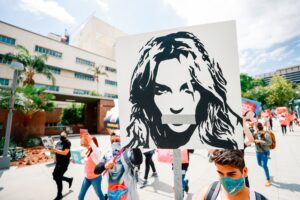