What do the following have in common: antidepressants, steroids, antipsychotics, opioids, electroshock, lobotomies, leucotomies, power washing and belting for patients in the “insane asylum,” and inducing malaria to cure schizophrenia?

They all impair brain functioning—and it might be the reason for their “success.”

There are currently ten classes of prescription medications that impair brain function, including both psychiatric and non-psychiatric drugs. A number of non-drug “treatments” do the same. 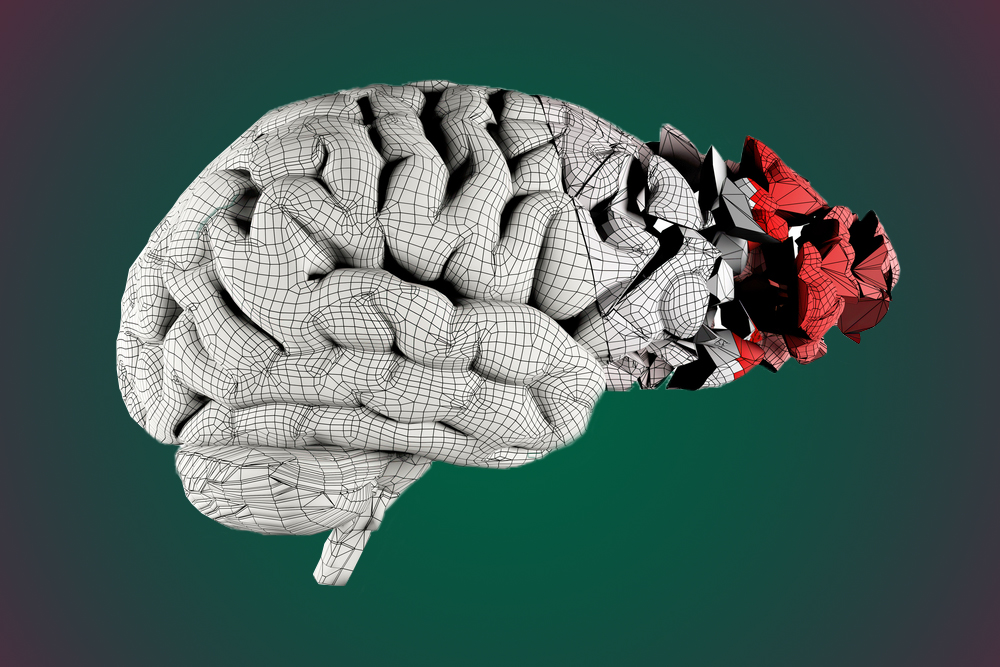 And it’s not just psychiatric drugs. Some patients receiving chemotherapy complain of “brain fog” and problems of memory. For decades this topic has been one of heated controversy, with some oncologists saying the impairment arises from the patient’s depression and others that the impairment arises from the chemotherapy. There are many other sources of brain dysfunction, such as some major surgeries with general anesthetics, pollution, ingested metals, herbicides, and of course several dozens of neurological disorders, both reversible and irreversible, such as Alzheimer’s disease and other progressive brain diseases.

Some of these brain-impairments are reversible, perhaps when the substance is tapered and the person’s brain is restored to its pre-intervention state. On the other hand, if continued long enough, these impairments may result in permanent damage to the brain.

And psychiatric drugs are a key factor, given their proliferation and the fact that they may be used to ostensibly treat the cognitive impairment that arises with depression or schizophrenia, for instance.

Consider a happily married woman who becomes quite distressed after her husband of 40 years confesses that he had a one-night stand many years ago. She cannot shake her obsessive thoughts about this distressing event, as well as her down mood that affects all of her waking hours. She can’t get it out of her mind, she has no appetite, and she has difficulty sleeping.

If her emotional distress lasts for two weeks or more, her doctor might diagnose her with Major Depressive Disorder (MDD), a “disease” according to psychiatrists. In fact, even if it hasn’t been two weeks, she could receive a preliminary diagnosis or a diagnosis of depression “not otherwise specified.”

Her doctor, knowing what he has been told by psychiatry and the pharmaceutical industry, would likely prescribe his patient an antidepressant based on a belief that a neurobiological “imbalance” is to blame for her “depression.”

Let’s say the woman returns to her doctor six weeks later and says that she does feel somewhat better. But why is she better? Her doctor says the antidepressant is beginning to restore her chemical imbalance, but what about some other possibilities to explain her partial improvement?

There are many situational reasons that she might have improved, such as reconnecting with her husband, social support from friends or family, or even just having the time to process her feelings about what happened.

But perhaps the antidepressant drugs did have an effect, too. We know that these drugs have a number of adverse side effects, including impairing brain function. Our patient’s brain was already impaired in response to her husband’s confession, and now her brain dysfunction is substantially increased by the antidepressant.

One of the many consequences of brain dysfunction is difficulty maintaining one’s attention or mental focus. Is the woman a little better because the brain impairment is disrupting her ability to maintain her focus on what she has been obsessing about, her husband’s one night stand?

Instead of an antidepressant or antipsychotic, what if the doctor had given our patient another brain-impairing drug, such as an opioid? Would this drug disrupt our patient’s ability to focus on what is distressing her? I am quite sure it would.

Now, imagine that our patient’s husband kept his mouth shut about his one-night stand, but we find that our patient has very severe back pain instead! Again, significant pain from any source causes mental impairment, but the impairment is not severe enough to distract our woman from being aware of the distressing pain. However, bring on the brain-impairing and feel-good opioid, and the pain is lessened. Often even that is not enough, and the dosage of the opioid must be increased.

I will end our patient’s story here, but if it went on it could certainly end in a serious addiction to the opioid and perhaps an overdose death, especially if the doctor increased the opioid dose and added another feel-good drug!

Inducing malaria in hospitalized schizophrenic patients earned one physician the Noble Prize, even though the induced malaria caused several deaths of patients. There was one patient on the unit, diagnosed with schizophrenia, who had not “responded” to a number of psychiatric drugs. However, this patient came down with cancer (certainly a brain-impairing diagnosis) and his schizophrenia disappeared permanently! In this case one disease (cancer) cured another “disease” (schizophrenia)!

One more example of a brain impairing “treatment” that seemed to improve a serious mental disorder: Prior to the 19th century, in the insane asylums, most of the treatment centered around physical abuse and outright torture—for instance, power washing and belting of patients. This “treatment” may have initially come about because these bizarre illnesses were thought to come from the devil and the treatment was to drive out the devil from these patients.

But how can we explain why punishment and physical abuse lasted for centuries? Were all of the asylum staff sadists? Or are there possible explanations other than sadism to explain the torture? The pain from torture certainly induces serious brain dysfunction in the individual, which may distract the patient from being able to focus on and maintain a delusional or hallucinatory state. If so, some of the asylum staff may have believed the physical punishment was an act of healing, since some of their patients seemed to improve in response to the abuse!

It is my opinion that modern antipsychotic drugs and their many adverse side effects, particularly sedation and cognitive impairment, also tend to disrupt the psychotic process in the short term. After all, if you’re too tired to get out of bed, you might be too tired to get worked up about delusions, too.

Does all of the above mean that medical care and the rest of us just have to live with drug and non-drug induced brain impairment because these health problems cannot be effectively treated otherwise? No. There are other ways to accomplish the same end without damaging a person’s brain.

For one, psychological therapies, such as CBT and interpersonal therapy (IPT), have been shown to be just as effective (if not more so) than drugs for most psychological issues, including depression. Additionally, many mild episodes of depression resolve on their own, over time, and it is possible that treatment with drugs actually harms, rather than helps.

How do we deal with the cognitive impairment pandemic?

In 2013, 16.7% of the US population was taking at least one psychiatric drug. If that number still holds true, that’s about 55 million people being exposed to the potential cognitive impacts. And when non-drug therapies and non-psychiatric drugs like chemotherapy are also factored in, the number only grows.

Unlike the Covid-19 pandemic, the pandemic of cognitive impairment (CI) has been largely invisible to the general public and the healthcare system, including most physicians. Often, when patients complain of possible CI problems, these complaints are explained away by attributing the cause to another source, a favorite one being depression—and perhaps the physician prescribes an antidepressant to “treat” the patient’s complaint of mental impairment!

When CI is not identified, or when its cause is misdiagnosed, treatment may be inappropriate, potentially harmful to the patient, and wasteful of healthcare resources. For instance, if the cause is misidentified as “depression,” then the “treatment” may be exacerbating the problem rather than helping.

One might say the various forms of cognitive and brain impairment are our number one health problem. Unlike many other health problems, this one exists largely under the radar and typically remains untreated.

Medical care’s focus has been directed toward diagnosing structural brain damage such as brain injuries, strokes, progressive brain diseases, seizure disorders, and others, but there has been almost no attention directed toward cases of reversible brain impairment from some of the causes mentioned above, and particularly from psychiatric drugs. These causes compromise the quality of life of several hundred thousand or more persons in the U.S. annually.

If the doctor finds that the patient’s cognitive functioning is decreasing once they’ve been prescribed a drug, the doctor then has enough evidence to begin the withdrawal process. The doctor should then continue assessing the patient to determine if their cognitive functioning returns to baseline, bearing in mind the possibility that withdrawal symptoms could also cause further CI.

This may also help with research. For instance, it could help determine whether, and how much, drug-induced CI is reversible, and how long patients can expect before they return to normal functioning if it is. It could also help determine if some drugs cause more CI than others. These are vital research questions that, so far, have not been studied.

One way to assess patient’s cognitive functioning is with the Ruthven Impairment Assessment (RIA), which I developed and tested. The RIA is a brief, inexpensive, computer-delivered performance measure used to identify cases of CI.

The test takes about 15 minutes to complete and can be self-administered (for instance, delivered through an online program so that people can take it from their own homes). It consists of five tasks. The first three are reaction time tests (a measure of speed of mental processing). Task 4 measures sequential attention/memory. Task 5 measures more complex processing, and is likely the most sensitive to persons with structural or permanent brain damage.

A real-life example will help illuminate the utility of the RIA. We administered the RIA to a patient complaining of memory difficulties. Her overall score was mostly in the normal range, but her performance on Task 4 was very low—consistent with her report of memory problems. I reviewed her medical history, and found that she was on 50 mg daily of the antidepressant drug Celexa (citalopram). I recommended to her doctor that he help her discontinue this drug.

Once she had fully withdrawn from Celexa, the patient’s memory returned to normal.

Based on my research and clinical experience using the RIA, I believe that if the RIA profile demonstrates CI but Task 5 performance is in the non-impaired range, the brain impairment is likely to be reversible. If Task 5 is impaired as well, it may be a case of structural and static or progressive and irreversible brain damage.

I want to emphasize that the RIA is a screening assessment, and thus should not be used as the sole evidence for any specific diagnosis. Instead, those who have potential CI based on their performance need to be referred to experts in CI care for diagnosis and treatment.

The RIA should be given before and after any intervention that might have an impact on cognitive functioning, including psychiatric drugs, non-drug treatments, opioids for pain, chemotherapy, and surgery with anesthetic.

Overall, the RIA—or other measures like it—can provide vital information to doctors about the cognitive effects of the drugs they prescribe. If given both before and after a new treatment, doctors can actually see the cognitive effects it has, and intervene quickly to prevent progressive brain damage.

Dr. Ruthven’s website is http://www.ruthvenassessments.com/ and he can be reached by email at [email protected]. His recent book on healthcare can be found here.