A new study, published in Psychiatric Quarterly, examines the use of the Collaborative Network Approach (CNA), also known as Open Dialogue (OD), a therapeutic process where clients, family members, and therapists work together. The researchers used qualitative interviews to learn more about the experience of families engaged in CNA and found that the approach was empowering and appreciated by families.

The authors, led by Ana Carolina Florence, Postdoctoral Associate at the Yale Program for Recovery and Community Health, describe CNA:

“OD [Open Dialogue] informed practices in Vermont are called Collaborative Network Approach (CNA), and in-house training is offered across the state. Mostly well received by staff, CNA training allows clinicians to incorporate a range of dialogic elements (e.g., reflections or flexibility) in a variety of contexts. CNA is practiced in outpatient, inpatient, residential and developmental services in various levels of integration and deployment across Vermont. Its uptake has been slowly growing in the past decade, and trained staff have been practicing CNA in the context of case management, individual sessions of psychotherapy, and family meetings.” 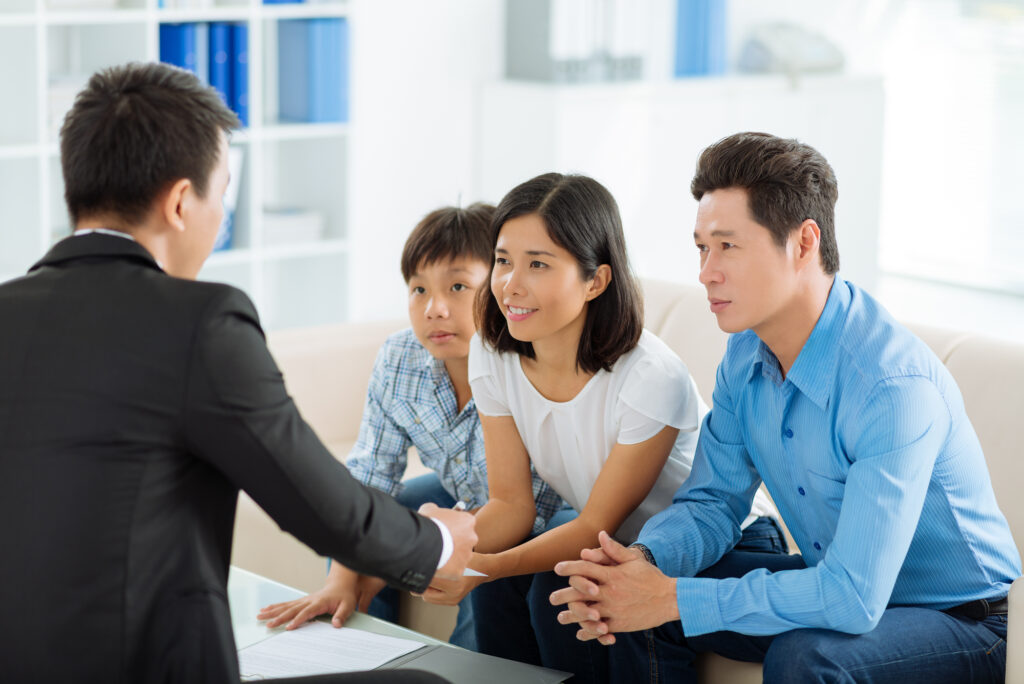 Although there is variability in what CNA looks like in practice, dialogue is emphasized across iterations. While research on how families have experienced CNA is limited, available research suggests that families are generally receptive to CNA and the transparency, collaboration, and support it affords. Research has also provided support for the use of OD in social work assessment procedures with children and their families as well as in inpatient hospital settings.

In the current study, Florence and colleagues investigated the experience of family members engaged in CNA in Vermont. Conducted across two agencies in Vermont that offer CNA, the study involved 17 participants who had previously received or were currently engaged in mental health services, with time in treatment ranging from three months to six years and treatment meetings occurring anywhere from three times a week to once every six months.

The setting of CNA varied across clinics, homes, and hospitals. The majority of participants (11) had experienced hospitalizations, with some experiencing multiple hospitalizations, and a few (3) participants had been in the mental health system for 20 years or more. Broadly speaking, the participants reported beginning treatment due to conflict in the family or episodes of psychosis or other extreme mental states.

Researchers interviewed participants about their experiences in CNA and identified 7 themes that arose from these interviews: network focus, decision making, the structure of care and reflections, medications, hospitalizations, and challenges.

Additionally, participants discussed feeling empowered by their involvement in CNA, describing how they felt in charge of the treatment process and could enact agency in decision-making.

“I think that Open Dialogue fosters that kind of recovery where you are kind of leading; you’re in the driving seat.”

The structure of CNA varied slightly across participants’ experiences, but at least two therapists were present in all meetings. Participants spoke positively of having multiple therapists, discussing how it allowed for further reflection, multiple perspectives, and additional support in the event that a participant needed to leave the room. In addition, treatment was described as being flexible in nature, with the group collaborating to decide how frequently they met and where they met.

While participants reported largely positive reactions to the structure of treatment, there were some concerns raised. For example, seven participants expressed difficulties with scheduling due to struggling to coordinate all of their supports’ availabilities, and four participants discussed how family members refused to engage in treatment.

Reflections were described as being key to treatment from participants from one of the agencies, whereas participants from the other agency did not discuss reflections. For participants, reflections consisted of the therapists/professionals sharing thoughts, ideas, etc., and checking in with the rest of the group to ensure a shared understanding of group content. While the reflections initially felt “weird” to some participants, they reported becoming more comfortable with them over time and perceiving them as being beneficial to the therapeutic process, as they were able to share their thoughts on what was said in the group as well as clear up any misunderstandings.

One participant described their experiences:

“it was really helpful when they would reflect because we could hear what another was experiencing without having to hear it directly from them. So, it really opened up this new way of listening and accepting that there was another experience of this going on.”

CNA was also noted as beneficial in improving patient-doctor relationships, which in turn, helped participants better advocate for themselves in relation to their medication. For some participants, that meant no medications, while others opted to taper from medications, all with the support of their families and treatment teams. This was a large contrast, they noted, from previous experiences with providers and medication where they lacked a say in the decision-making process.

One participant recounted their experiences of negotiating medications:

CNA was shown to be effective for participants with histories of multiple hospitalizations, who reported that they were able to stay out of the hospital since beginning treatment. Another participant saw CNA as bringing “the humanity back into a diagnostic situation,” describing his experience of being forcibly medicated, stigmatized, and treated with “suspicion” in the hospital as being “dehumanizing.”

Others described the benefits of having their support team available while in the hospital and discussed the positive impact CNA could have in both hospital and criminal justice settings.

The study’s findings are consistent with other research that has found that clients and families generally perceive CNA as helpful and empowering. It is also congruent with research that has demonstrated that OD helps to reduce the need for future mental health involvement. The thoughtful, collaborative approach promoted by CNA/OD allows for recovery-oriented, person-centered care and emphasizes the importance of having family and supports involved in treatment.

Further research needs to be conducted, particularly in relation to the ability to expand this level of care across the U.S., where healthcare is considered a privilege and the aim of mental healthcare is symptom reduction. A major barrier to implementing this approach is systemic, but it is also limited by personal constraints, as a study found that psychologists and psychiatrists exposed to OD experience professional identity struggles when trying to reconcile this open approach with reductive medical model understandings of mental illness.

A limitation of this study was that clinicians recruited participants, which may have resulted in a sampling of participants that had largely positive experiences with CNA – which is an important piece, as research elsewhere has indicated that service users have had mixed responses to OD.

Despite limitations and need for further research, this study, as well as others, have pointed to CNA as being an approach that respects the dignity, agency, and human rights of the individual and works to move them towards empowerment and recovery.