A recent article published in the Drug and Therapeutics Bulletin examines the state of current research on the efficacy of antidepressant medications.

The authors, Mark Horowitz and Michael Wilcock, state that evidence for clinical antidepressant efficacy is marginally superior to placebo and comes with the potential of mild to severe adverse effects and withdrawal symptoms. They conclude with several suggestions for aiding in successful discontinuation, as well as the recommendation that prescribers be aware of this information and consider giving out fewer antidepressant prescriptions for “shorter periods of time.”

“The Royal College of Psychiatrists has presented recent guidance on how to stop antidepressants in a tolerable way. We believe that increasing awareness about the difficulty that some patients have in stopping antidepressants should lead to more cautious prescribing practice, with antidepressants given to fewer patients and for shorter periods of time. This article discusses the perceived benefits and harms of antidepressant use,” the authors explain. 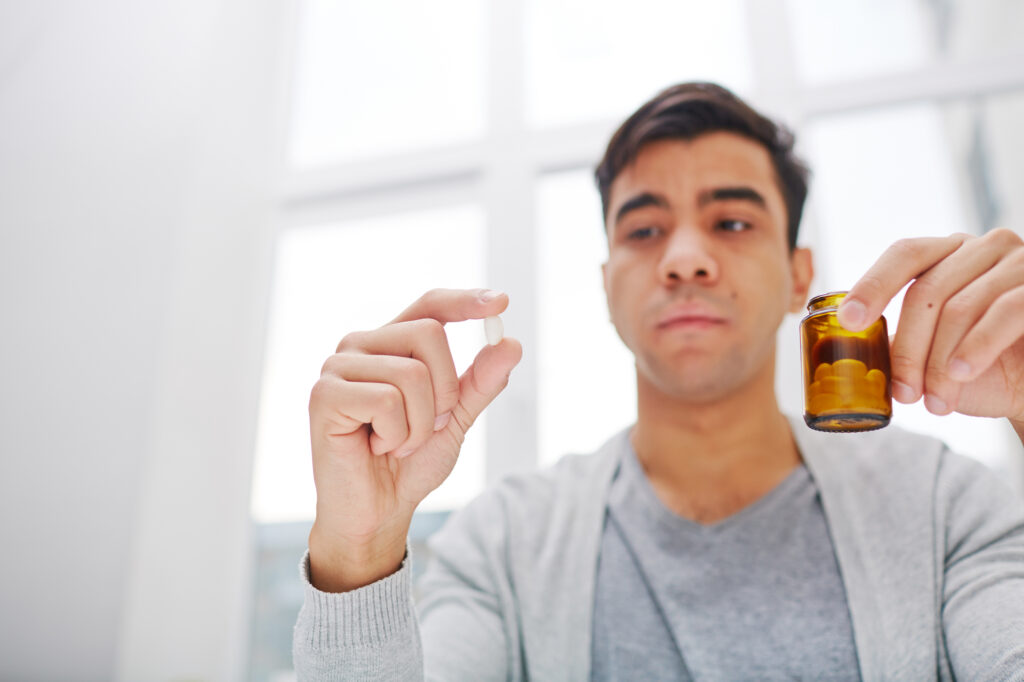 In the UK, 1 in 6 adults were prescribed an antidepressant between 2019 and 2020. This common prescribing of antidepressants—particularly SSRIs and SNRIs—persists despite researchers acknowledging that the psychiatric establishment has minimized their downsides. In addition, both US and UK guidelines for treatment have reportedly underestimated both the “severity” and “duration” of antidepressant withdrawal.

Top researchers have acknowledged that support for antidepressant withdrawal is an important need to address within psychiatry. Recent research has found that more than half of people who quit antidepressants experience withdrawal symptoms, and the withdrawal period can last weeks or months, even if tapering is employed.

Based on a review of available research, the current article explores the clinical efficacy of newer generation antidepressant drugs such as SSRIs and SNRIs. British psychiatrists Mark Horowitz and Michael Wilcock also discuss withdrawal and other adverse effects linked to taking antidepressants. They discuss evidence-based methods for aiding individuals who choose to discontinue these drugs.

Much of the research on the clinical efficacy of these antidepressants is based on placebo-controlled trials lasting 6-12 weeks. According to the authors, several meta-analyses of these outcome studies have found a 2-point difference with these drugs compared to placebo, on a scale ranging from 0 to 52—the Hamilton Depression Rating Scale (HAM-D).

The UK’s National Institute for Health and Care Excellence (NICE) has set 3 points as the clinically significant difference for this scale, although some research considers 3 points too small, suggesting six instead.

Longer studies show even less clinical significance, and studies comparing users of antidepressants with non-users also suffering from depression show no difference in the outcome, although the authors state that more research is needed.

As for the treatment of adolescents, the evidence is also less convincing:

Disturbingly, some of the studies reporting significant results for adolescents have been found to exaggerate the benefits of these drugs—from reporting outcomes not listed in the original study protocols to under-reporting risks by “coding suicide attempts in the antidepressant group as ’emotional lability.'”

Despite these findings, the authors report that between 2005 and 2017, antidepressant usage among adolescents has more than doubled.

In terms of long-term adverse effects, a study with patients recruited by primary care physicians found that 64% of patients on an SSRI experienced at least one, while 31% reported three or more. About 20% of patients reported experiencing one of the following effects:

Meanwhile, 25% of patients reported sexual dysfunction, and about 1 in 10 reported “restlessness, muscle spasms or twitching, nausea, constipation, diarrhea or dizziness.”

In a study of individuals self-selected for long-term antidepressant usage, adverse effects were even worse, with:

Research on withdrawal from antidepressants has noted some glaring problems in terms of long-term effects. For example, a systematic review of 24 studies (with 8737 total participants) found that about half of patients who stopped taking SSRIs experienced withdrawal symptoms, regardless of whether they tapered or not.

These withdrawal symptoms can include insomnia, depression, suicidal ideation, and physical symptoms. Some patients reported experiencing withdrawal symptoms months, even years after their discontinuation. In surveys that asked about the severity of these symptoms, 46% of patients said that they were “severe.”

The authors also state that in research on so-called “relapse” from antidepressant discontinuation, this can often be confused with withdrawal symptoms, as recently reported in other studies.

“Withdrawal effects, which include anxiety, insomnia, depression, and appetite changes, all register on depression scales, and so these withdrawal effects in the discontinued group are likely to inflate the apparent relapse rate in this group.”

When discontinuing antidepressants, the authors list several suggestions based on the research literature.

Tapering, although not a guaranteed way to avoid withdrawal symptoms, has been generally found to lead to a “more tolerable” experience than abrupt discontinuation.

The authors advocate for extensive dialogue between healthcare professionals and patients regarding informed consent around potential side effects and withdrawal effects. For example, even though the risk is low, some patients report long-term and event permanent symptoms like “post-SSRI sexual dysfunction.” These and other concerns should be discussed with patients both before being prescribed antidepressants, and when considering discontinuation, the authors believe.

In terms of what may also help, some research suggests that mindfulness-based treatments and cognitive therapy can largely mitigate withdrawal effects. The authors also mention increased psychosocial support, acceptance, peer group support, and individual support as necessary to offer individuals who choose to discontinue.

In addition, extensive tapering, which is not usually done, appears to be helpful. Tapering down over months rather than weeks to very small doses, such as .5% of clinical doses, “allowed the majority (71%) of a group of patients to cease their antidepressant.” Two-thirds of this group had previously experienced difficulty with discontinuation.

Starting with a “test reduction” is also mentioned, where the clinical dose is reduced by 5%, and patients are then monitored for withdrawal symptoms before further tapering.

These strategies would, of course, require the manufacturing of smaller doses of many drugs than are now available, presenting practical difficulties.

“There continues to be considerable uncertainty about the benefits of antidepressant use in the short- and long-term, particularly in regard to the lack of a clinically significant difference between antidepressant and placebo treatment. There is increasing recognition of the possibility of severe and long-lasting withdrawal symptoms from antidepressants.

This recognition casts doubt on the relapse prevention properties of antidepressants as these properties have been demonstrated in discontinuation trials in which withdrawal effects may have inflated relapse rates. Antidepressants can have significant adverse effects, which appear to be greater in longer-term use compared with short-term efficacy trials. In light of this uncertain balance of benefits and harms, we should re-visit the widespread—and growing—prescription of antidepressants.”