From the Journal of Bioethical Inquiry: “At the age of twenty-six, I decided to make a clean break with the past. I ﬁnished medical school, moved from South Carolina to Scotland, and began to study philosophy. It didn’t take long to conclude that I wouldn’t go back to medicine. While my reasons for leaving medicine were complicated—the anti-intellectual attitudes, the authoritarianism, the thinly veiled hazing rituals—the most important one was this: I had come to believe that medical training was turning me into a terrible human being.

That claim may sound overblown. Truly terrible people generally don’t realize how terrible they are. When you change over time, you see those changes from the perspective of the person you have become, not the person you used to be. What you once saw as cruelty you now see as strength. What you once saw as arrogance you now see as self-conﬁdence. What you once saw as corruption and exploitation you now see as Realpolitik, the hard choices and necessary compromises made for a greater good. Coming to see the world diﬀerently may involve some self-deception, of course. But self-deception isn’t hard if you have a community to reinforce it. If you are surrounded by terrible people, it doesn’t take long for terrible behaviour to feel like the natural state of aﬀairs.

Yet it is still possible to have moments of insight. You glance sideways into a mirror and feel a jolt at how cold your face looks. What used to be a smile now looks more like a sneer. Maybe you catch yourself laughing at a cruel joke, or ridiculing a patient behind her back, or lying to cover up a mistake. A sense of entitlement and superiority is growing inside you, and you like the way it feels. It’s not that you admire the members of the community into which you are being initiated. If anything, you feel a vague contempt. Yet you desperately want their acceptance.

Anyone who has attended a high school reunion understands that people can change dramatically over time. It would be surprising if such changes did not result at least partly from what a person has chosen to do for a living. A working life spent as a police oﬃcer will immerse a person into a community whose moral norms, expectations, and pressures are far diﬀerent from those of a ﬁrst-grade teacher, a hedge fund manager, or an orthopaedic surgeon. So common is the idea that certain kinds of work can lead to moral degeneration that it has become a staple of crime and war ﬁlms: the gradual dehumanization of Joker in Full Metal Jacket; the slow transformation of Breaking Bad’s Walter White from a high school chemistry teacher into the drug lord Heisenberg; the metamorphosis of The Godfather’s Michael Corleone from a straight arrow wearing military blues into a ruthless maﬁa boss who can order the execution of his own brother.

Every organization will present opportunities for corruption, according to Little, Lipworth, and Kerridge; no organization can claim full immunity. ‘There will always be latent opportunities to manipulate the internal and external relationships to one person’s or to a group’s advantage, to pervert governance to beneﬁt the institution unfairly, to deviate assets away from the proclaimed function of the institution, or to abuse public trust or institutional opportunities or powers,’ they write. Whether you exploit, tolerate, or resist those opportunities depends on the kind of person you are and the habitus you bring to the organization. They write, ‘(O)rganizations are “corruptogenic” for people of the right habitus’ (Little et al. 2018, 528.)

No doubt this is true. But it is also true that some organizations are far more susceptible to corruption than others. The opportunities for bribery and self-dealing are more varied and plentiful in the U.S. Congress and the average Wall Street investment bank than they are in a kindergarten or a public library. Nor is habitus—or to use the older concept I prefer, ‘character’—simply what a person brings to an organization. Organizations can also shape character. In fact, it is the promise of forming (or reforming) character that underlies the mission of many organizations. ‘The Marine Corps builds men’ said a military recruiting slogan that spanned three decades. A similar claim is sometimes made of boarding schools, football teams, and prisons.

Whether or not the working life of doctors corrupts their characters is an issue that Little, Lipworth, and Kerridge do not address directly. What they do acknowledge is that ﬁnancial and technological changes have placed intense pressure not just on the way medicine is practiced but on the values doctors profess to hold. For those who, like me, worry that such forces can be steadily corrosive, the challenge is to identify the relevant moral pressure points. For that I will turn to the sociologist Richard Sennett and the cardiologist Sandeep Jauhar.” 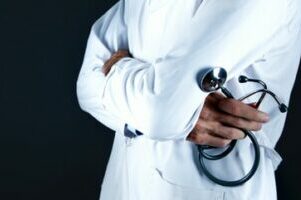