The Diagnostic and Statistical Manual of Mental Disorders (DSM), developed by the American Psychiatric Association (APA), is utilized worldwide as a diagnostic system for mental health issues. Yet, psychologists’ attitudes toward DSM are unclear, and the limited available research suggests a lack of enthusiasm for this diagnostic tool.

Given the lack of research in this area, in a new study, accepted by Professional Psychology: Research and Practice, researchers set out to gauge psychologists’ perceptions of the manual. They found that although DSM has been revised and updated over the past four decades, the majority of psychologists are dissatisfied with DSM and are interested in alternatives, although there is a lack of familiarity with available alternatives.

“. . . 90.6% of respondents were using DSM-II, but more than 40% worried it distorted how clinicians perceive clients, medicalized psychosocial problems, had reliability and validity issues, stressed diagnosis at the expense of treatment, obscured individual differences, and over-pathologized people. . . Nonetheless, 90.2% of respondents planned to use DSM-III even though only 19.1% thought it would benefit psychology.” 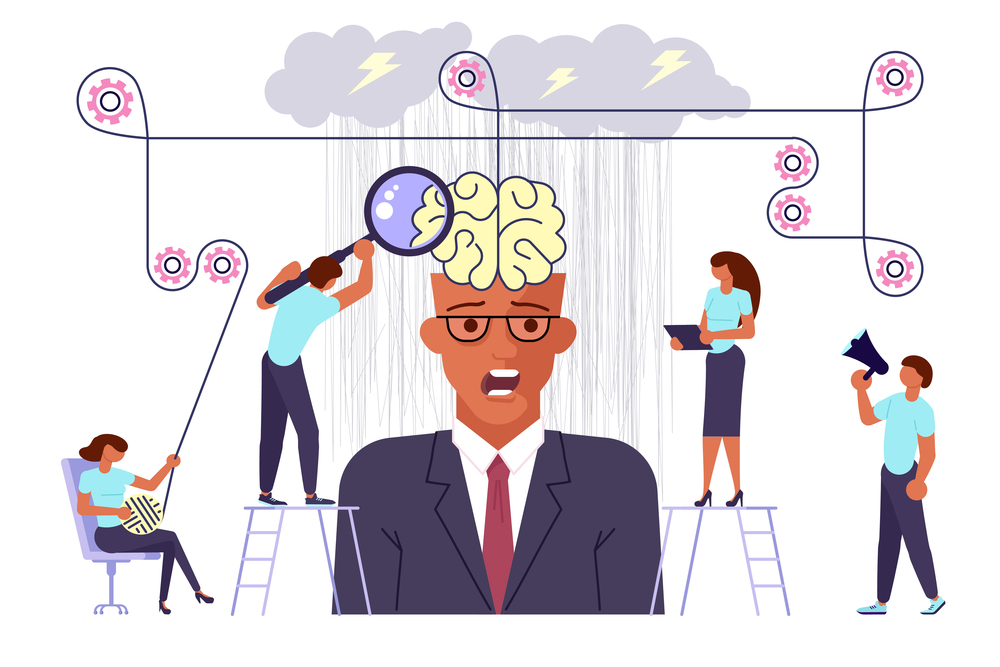 Subsequent research in the 1980s and more recently in 2016 conducted by the current authors arrived at similar findings – psychologists felt more negatively than neutrally about DSM, expressed concerns about its reliance on medical understandings of mental health issues and desired alternatives, but conceded to continue using DSM due to lack of other options.

Although there are alternatives to DSM available, clinicians are largely unaware of them, aside from the International Classification of Diseases (ICD), which is very similar to DSM in terms of categorizing mental health issues and may not seem different from it at all to some clinicians. It has also gained attention from the American Psychological Association, which has published materials to educate psychologists about it. Further, ICD diagnostic codes, which are borrowed by DSM, are used for billing purposes by American clinicians.

Other alternatives include the Psychodynamic Diagnostic Manual (PDM), which takes a psychodynamic approach, the Hierarchical Taxonomy of Psychopathology (HiTOP), which uses a dimensional system, and the Power Threat Meaning Framework (PTMF), which is the most radical of the alternatives, and advocates for understanding mental health problems as social issues, rather than as disorders located within individuals.

In the current study, Raskin and colleagues surveyed 703 licensed psychologists across disciplines and theoretical backgrounds about their perceptions of DSM.

The authors write about their findings:

“This study found something remarkable – namely that psychologist attitudes toward DSM today are largely the same as they were when the seminal DSM-III debuted in the early 1980s. The manual has gone through five revisions to refine and improve it. However, during that period, psychologists have remained largely unenthusiastic. As was true 40+ years ago, psychologists as a group are more dissatisfied than satisfied with DSM. Further, they do not think the manual has had much effect on them or diagnosis.”

Taking a closer look at their findings, the researchers found differences of opinion on DSM between psychologists with different theoretical orientations. For example, psychologists with a background in cognitive-behavioral therapy (CBT) generally had positive views of DSM, whereas psychodynamic and humanistic/constructivist/systems psychologists tended to view DSM negatively. Psychologists with eclectic or integrative backgrounds largely remained neutral in their perceptions of DSM.

Despite overall negative views of DSM, with concerns expressed related to the diagnostic categories included and its medicalization of psychosocial issues, at least 88% of psychologists surveyed use DSM at least once a month primarily for practical, billing reasons.

Psychologists across theoretical orientations agreed that little effort has been made to create alternatives to DSM and supported the development of alternatives. Most were familiar with ICD (89.74%), and psychologists from CBT and integrative/eclectic backgrounds were in support of using it.

Given that most psychologists see mental health issues as nonmedical, Raskin and colleagues suggest that greater familiarity with alternatives such as PDM and HiTOP, which understand mental health issues not as medical concerns but rather through the lens of personality assessment and psychodynamic theory, would lead to larger support of these methods by psychologists.

Additionally, they advocate for moving away from a standardized approach to diagnosis and toward a diversity of diagnostic options, highlighting how different theoretical orientations would likely be drawn to different alternatives, such as the psychodynamic psychologists to PDM.

“Diversity of diagnostic options is not something psychologists are accustomed to given DSM’s long dominance, but it could prove beneficial to clients and practitioners alike. After all, if different types of psychotherapy are equally effective, cannot different diagnostic systems be so, too?”

The researchers suggest that greater familiarity with alternatives be cultivated through continuing education and training workshops on alternatives, as well as including alternatives to DSM in APA-accredited curricula.

A limitation of this study is the exclusion of data from participants who did not complete at least 75% of non-demographic items, use of surveys, and recruitment from APA divisions, as opposed to APA members as a whole. Future research should also address how factors like years in practice, or psychologists who work mostly with adults versus children, may have affected their perceptions of DSM.

Raskin and colleagues conclude by highlighting the challenges that alternatives face in being adopted on a widescale level:

“Successful alternatives must not only gain familiarity and theoretically appeal to one or more niche groups of psychologists but must also provide the same practical benefits as DSM – or find a practical way to coexist with DSM on the reimbursement front while offering something clinicians find useful. Until alternatives overcome these obstacles, it is doubtful that psychologists will embrace them regardless of their scientific bona fides. Even if they overcome them, it will be necessary to supplement research and development with education and training initiatives. In the meantime, we expect psychologists to continue using DSM despite their lack of strong enthusiasm for it.”