In 2004, the FDA added a black-box warning to SSRI antidepressants on the increased risk of suicide among children taking these drugs. A new study suggests that this warning has increased the proportion of children who begin an antidepressant on a low dose, but the majority are still receiving higher than recommended doses.

After an FDA funded meta-analysis had found that children taking antidepressants had twice the rate of suicidal ideation and behaviors as those taking a placebo, the FDA advised the children diagnosed with major depressive disorder (MDD) not be given paroxetine (Paxil) and added a warning to all antidepressants. While the initial warning was geared toward children with depression, a year later, in 2005, the FDA expanded the warning to include adolescents and young adults.

In 2007, the American Academy of Child and Adolescent Psychiatry (AACAP) issued new guidelines that suggested that children and teenagers with depression begin antidepressant treatments at a low dose. Public health researchers from the University of North Carolina at Chapel Hill, with funding from the NIMH, recently set out to examine whether US prescribers have begun to exert extra caution with SSRIs following the black-box warning and changes to guidelines.

To assess prescriber cautiousness, the researchers looked at data from the LifeLink Health Plan Claims Database, which contains records of diagnoses and prescriptions for US patients on ninety-eight different private health plans. Specifically, they analyzed the SSRI treatment patterns of 51,948 commercially insured children (ages 5-17), 51,653 young adults (ages 18-24), and 395,550 adults as a comparison group (ages 25-64) taking citalopram, fluoxetine, paroxetine, and sertraline between January 2000 and December 2009.

“The change in prescribing practices surrounding dosing was not universal,” they wrote, “given that by study’s end, the majority of children who initiated SSRIs did not do so with a low dose.”

The researchers also found that 74% of children continued receive refills of the same SSRI after the initial prescription and that approximately 20-25% of children who had initially received a low dose had increased or augmented this dose by the second prescription.

Patients seeing a psychiatrist were slightly more likely to initiate an SSRI at the recommended low dose than those seeing a general practitioner, “which may be a result of differential familiarity with treatment guidelines, the black-box warnings, or SSRIs themselves.” The initial prescription for an SSRI was written by a psychiatrist for only “21% of children, 10% of young adults, and 5% of adults.”

“Given recent findings that the dose of the antidepressant may be associated with an increased risk of self-harm, as well as AACAP guidelines indicating that children and adolescents with depressive disorders should initiate antidepressant treatment with a low dose, our results suggest that prescribing practices surrounding SSRI dosing among children improved following the black-box warnings but still fall short of guidelines.” 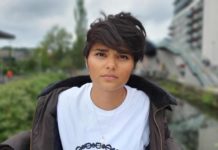 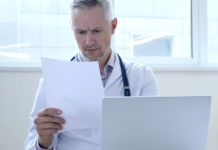 Letter to My Child’s Psychiatrist 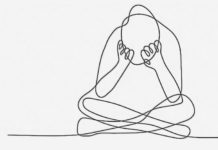