Various instruments of the United Nations have commented on forced treatment, or involuntary confinement, or both (for details, see Burstow, 2015a), and a number of truly critical additions to international law have materialized. Arguably, the most significant of these is the Convention on the Rights of Persons with Disabilities. What makes it so significant? For one thing, it is because this landmark convention puts forward nothing less than a total ban on both involuntary treatment and the involuntary confinement of people who have broken no laws.

To highlight a couple of relevant passages, article 12 of the CRPD states, “State parties shall recognize that persons with disabilities enjoy legal capacity on an equal basis with others in all aspects of life.” Correspondingly, article 14 states:

State parties shall ensure that people with disabilities, on an equal basis with others:

What is likewise significant, the guidance provided clarifies that the ban on forced treatment and on voluntary committal is to be seen as absolute.

What we have here in other words is nothing less than a colossal breakthrough.

In line with the CRPD breakthrough, CHRUSP (Center for the Human Rights of Users and Survivors of Psychiatry) has issued a call to action in support of the prohibition. I strongly support this campaign both as a human being generally and as a psychiatry abolitionist—hence this article.

First let me say that whether or not one is a psychiatry abolitionist, or to put this another way, whether one sees some value in psychiatry’s tenets and approaches or whether one regards them as both totally foundationless and inherently damaging, there is an onus upon us simply as human beings to find a way to support campaigns of this ilk. When basic rights such as the right to decide what does or does not enter one’s own body and the right not to be confined to a locked ward are at issue, we all of us have a moral obligation to do something to set the situation right. How can it be acceptable to override people’s right to make decisions for themselves?  To stop people from walking about freely—especially when they have broken no law? Nor can the deprivation of such rights be warranted by claims (what follows are several of the standard ones) such as the person lacks the capacity to make decisions for themselves or they are of danger to self or others. As noted in Burstow (2015b), while for sure people may need assistance in making decisions, incapacity per se is a circular institutional construct; and besides that it is indefensible to deprive people of freedom on the basis of prediction, the elites involved in such decisions (read: psychiatric professionals) have virtually no ability to predict dangerousness. Nor for that matter do others.

The long and the short is that the cause is just, liberation from oppression is at issue, and irrespective of any differences in our respective understandings of psychiatry, there is ample reason for us all to place a priority on the current campaign. I am accordingly enthusiastically joining with leaders like Tina Minkowitz in urging people to get involved.

That noted, while the campaign in question places a very special onus on all of us, and my major purpose in this article is to support that, I did additionally want to do what no other writer to date has done—to tease out the special meaning that the CRPD and such campaigns uniquely hold for those of us who are abolitionists, whether inadvertently or otherwise. What is especially apropos here is the attrition model of psychiatry abolition.  So what is the attrition model of psychiatry abolition? And as an attrition model abolitionist, how do I understand the current campaign?

Predicated on the understanding that psychiatry abolition is a process and a direction as opposed to a goal which can be quickly attained, the attrition model of psychiatry abolition, as articulated in Burstow (2014) and adopted by Coalition Against Psychiatric Assault

is a model for determining what actions and campaigns to support and what to prioritize. An operant principle is that active support be predicated on the capacity or tendency of the action or campaign to move society in the direction of abolition. Pivotal to the model are the following defining questions:

Now again, while supporting the CHRUSP call to Action is urgent and necessary for the reasons already indicated, the degree of prioritization for an attrition model abolitionist would depend on the answers to such questions. So are there “yes answers” to the questions above? Let me suggest that albeit to varying degrees, in all three cases, yes.

To tackle this one by one, beginning with the first question, any measure which abolishes any integral aspect of psychiatry without question moves society demonstrably in the direction of abolition. Hence the prioritization by Coalition Against Psychiatric Assault, for example, of the abolition of certain “treatments” (e.g., ECT). And does this campaign target the abolition of anything integral to psychiatry? Obviously yes—all use of force and coercion. As such, the first criterion is satisfied.

Which brings us to Question Two: Is the campaign likely to avoid improving or adding legitimacy to the current system? This is the most ticklish of the questions, for a case could be made that the psychiatric system would be improved by becoming less coercive. This notwithstanding, my sense is that eliminating the coerciveness in no way constitutes an endorsement of psychiatry and could in fact function in the exact opposite way—that is, it could lead people to ask themselves: What else should go? It could even in the fullness of time, culminate in a more wholesale questioning of psychiatry—especially once it is seen that eliminating coercion can be accomplished without a plethora of horrid consequences following.

A very important move has been taken by the United Nations in the passing of the CRPD. For the first time in history, there is an international legal clarification that psychiatric survivors must enjoy the same rights as everyone else—that is, force is absolutely prohibited. This is not just “any” organization taking this position, additionally—this is a mammoth mainstream organization which wields both moral and legal clout. Correspondingly, an important campaign is now under way to support the absolute prohibition that is part and parcel of the CRPD. What has been shown in this article is that the prioritization of this campaign makes sense both on a fundamental human rights level and additionally, on a psychiatry abolition level. Given the prestige of the United Nations and given that many countries have already signed and even ratified the Convention, moreover, explicitly wedding this campaign to the Convention itself is itself pragmatic.

My hope is, correspondingly, that many embrace this campaign and join us in actively promoting it. Please consider contributing articles and pictures to the CHRUSP website. Please talk to others. Perhaps create educational events. If your country has not signed the Convention, not ratified the Convention, has added a restriction, or is simply in non-compliance, you or your group might want to take the lead in making the problem known. We have a moment for change here—and my hope is that enough people will face whatever fears stop them and reach out and grab it.  Not that winning this fight will be easy, for countries have a habit of ignoring/evading international law, including contractual obligations which pertain by virtue of being signatories to a convention. All the more reason to double and triple our efforts.

The biggest obstacle that we are likely to encounter is people’s fear of dangerousness. Be prepared to address it. Arguably, the second biggest is people’s sense that vulnerable folk are going to be deserted. A point to be made when talking to others is that the CRPD is clear that supports must be offered. And indeed, if we go about this correctly, the era of the CRPD could well become the era when an unprecedented number of new and exciting support options materialized for people—and, of course, voluntary ones. In this regard, contrary to the common and I would suggest duplicitous equation of psychiatry and services, and besides that “service” and “coercion” are more or less mutually exclusive categories, is not the stranglehold exercised by psychiatry itself one of the principal factors responsible for the paucity of services?

In ending, to comment briefly on a snag. Were this campaign successful—and yes, it is for sure an uphill battle—psychiatry’s likely response will be to step up its misrepresentation of its “treatments.” The point here is that the future of psychiatry would then be more dependent on personal buy-in; and as we know, institutional psychiatry, alas, has virtually no qualms about misrepresentation.

Now some may feel that this last point is a “red herring” or minimally a minor issue since the CRPD explicitly specifies that “informed” consent is necessary. To be clear, indeed it does, but so does almost every piece of “mental health” legislation in the world and that has had no impact whatever on the ongoing and ever expanding production and dissemination of psychiatric misinformation. Ironic though this may seem, the upshot is that in the event of success, stronger monitoring of and stronger reins on psychiatry would be absolutely necessary.

A conundrum to be sure, but hardly one that we have not encountered before.

[For this and other articles, see http://bizomadness.blogspot.ca/]

Burstow, B. (2014). The withering of psychiatry: An attrition model for antipsychiatry. In B. Burstow, B. LeFrançois, & S. Diamond (Eds.), Psychiatry disrupted (pp. 34-51). Montreal: McGill-Queen’s University Press.

Burstow, B. (2015b). Psychiatry and the business of madness: An ethical and epistemological accounting. New York: Palgrave. 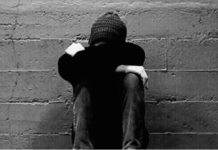