It was five years ago when my husband first brought the turtle home. I was 35 at the time, and I had been slowly killing myself with notable moments of deliberation for 17 years. It was early fall by then and already fairly bitter outside, and the turtle had no business being out at all. However, I didn’t know that then. In fact, I didn’t know anything at all about reptiles. They had always seemed so alien and cold to me.

He had found the little creature walking in circles beside his car, and moved it, but an hour later it had come right back again. He said he’d brought it in to show the cats, but it was likely more than that. I usually started falling apart as soon as the leaves started to change, and knowing my husband, he thought any break in the monotony might buy him a little time… He knew very well that by the time winter had fully settled in I would be despondent. He saved up his time off all year round for those days… the days that, no matter what he did, he couldn’t reach me. He had learned to keep watch because you couldn’t always count on me to tell you that I simply couldn’t do it anymore. After twelve years, he knew the signs that the psychiatrists always failed to see.

What he didn’t realize was how sick the turtle was when he brought it in. Its eyes were swollen shut, it rattled in its shell from a summer of starvation, its shell was lacquered with several shades of nail polish, it wheezed through lungs heavy with a respiratory infection, and larvae had hatched beneath its scales. It was a sad little creature that was not equipped to even survive the fall, much less a hibernation until the next spring.

I can’t tell you why I didn’t just put it out. I called every animal rescue and forestry service that I could find, and they told me to do just that. It had to live or die on its own.

I couldn’t do that.

Luckily, I had a professor who had specialized in turtles, and between him and one rare vet, I learned a lot about turtles that winter. I learned how to force down antibiotics, how to stimulate eating, how to scrub out the larvae living in the raw flesh around his scales, and apply eye drops and Betadine.

It was the coldest winter we had had in years, and for me, the mornings were like a battle inside my head. So much of me had been done with living years ago. The medications I took had taken their toll, and an irresponsible psychiatrist had prescribed a dangerous amount of Lamictal which had resulted in a chemically-induced brain trauma. That winter was like an endless game of charades while I tried to recreate the connections to what had been a rather large vocabulary. I felt like I was trapped in my head, caught in a never-ending roundabout of slow self-destruction. I felt like I wanted to die. I felt lost. It was like a constant undertow.

And each morning, I told myself that I would get up because someone had to take care of the turtle. Each night, I told myself that if I took my life, there would be no one to take care of him. He would die, and it would be my fault. I don’t know how many times I told myself that. I would get up and struggle through the hours of medicating and redressing. On the nights when all I thought about was the end of all the chaos in my head, I would fall asleep with him on the couch, and wake to find him burrowed beneath one of my knees. It was interesting to be, for the first time, the strong one in any type of relationship.

I sang to him. I quoted Shakespeare and poetry, and when he opened his eyes, I remember how stunning those bright red eyes had looked to me. They were beautiful and wise and hopeful. Turtles are one of the few creatures that will kill themselves in the wild. They suffer from depression, anxiety, stress, and a variety of obsessive behaviors. I remember thinking how amazing it was that an animal that suffered so much could be so ancient. In fact, they predate the dinosaurs.

It has been five years now since my husband brought the turtle home. It has been five years since I last tried to end my life. I don’t think about it anymore except in retrospect, and I do so with staggering clarity. You see, I never expected to live this long. I had always assumed I would take my own life.

Sometimes it’s the simple things that keep us going, especially when the complicated ones seem so overwhelming; when there’s too much chaos, too many emotions, too many possibilities and impending disasters.

No one can give you a reason to live. You have to find it for yourself. Until you do, try simple things. For me, it was a turtle. 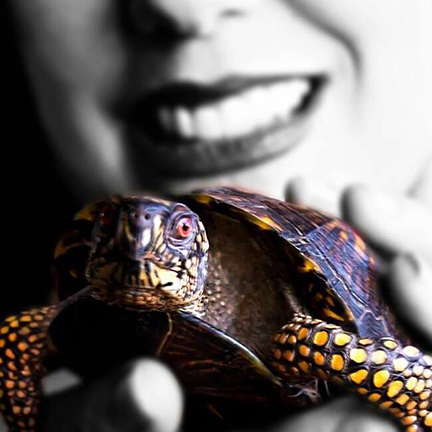 Does Widespread use of Psychotropic Medications Increase Traffic Accidents?