Mental health nurse education supports institutional psychiatric practice in an insufficiently questioning way. Its formal curricula in universities are often undermined by the informal curricula of practice environments. As an institution, mental health nursing pays insufficient attention to both these issues because it is an arguably un-reflexive and rule-following discipline.

It’s been five months since my last blog post. Since then, I’ve made the decision to retire as a mental health academic. I will do so on my 65th birthday, in May next year. Knowing I’m in my last few months of full-time employment has been liberating, so I’ve recently been posting more on social media on the basis of my accumulated knowledge and writing, and this has extended into my email correspondence. All of this has been great as it forces me to write in different and often very concise ways.

I’ve often wondered what a realistic information sheet for service users entering UK acute mental health wards might look like. So a few weeks back I posted the following on Facebook for my friends, some of whom are survivors and some mental health nurses:

You are about to stay in an environment where, as has been repeatedly documented in recent decades, you have a one in three chance of being physically, emotionally or sexually abused.

You will receive a diagnosis that has no scientific credibility and is made on the basis of social rather than biomedical judgements, although the people making the diagnosis and those who support them pretend it is the latter.

If your stay is prolonged, your diagnosis will change repeatedly, corresponding to changes in your psychiatrist. This will also happen if, after your discharge, you re-locate and are subsequently treated in a different part of the country. This may well confuse and/or annoy you or both

During your stay with us, you will be bored a lot of the time, or anxious, or both. The chances are that the only ‘therapy’ you can realistically expect to receive will be drug therapy. You probably won’t have the negative short and long term effects of these drugs explained to you, and what should be their judicious use over a short period probably won’t happen to you. You are likely to be in drug therapy for a long time.

If you don’t like all of this and try leaving, we may well legally detain you.”

This provoked a supportive and warm reaction among my Facebook friends, some of whom played around with the information sheet, extending it, as follows:

“And you will be expected to eat, shit and watch tv, just like the rest of the population of consumer/non-citizens” …

“And be grateful for this”…

Soon after, in response to a newspaper article written by a mental health nurse who likened acute ward nursing to being a soldier in a war zone, I joined a twitter dialogue which had just called for more Government resources for UK mental health. I sent out this tweet:

From abuse and human rights perspectives are we all ethically compromised in placing ‘pts’ and ‘nurses’ in acutewrds https://t.co/sD0HqoBvl1

To which I replied:

That’s right, but the default posiion is dreadful, and (Mark) more resources might result in more of the same. https://t.co/SBOspnbbYP

My twitter colleague agreed, and my parting shot was:

@ClinpsychLucy @markacradcliffe Sad state of affairs. And lack of criticality among consumer uncitizens – and that includes MH workers.

Within the last couple of weeks, following another twitter conversation, I responded to a request from an Antipodean professor of mental health nursing to send her my most recently published papers. These were about empathy building and the reduction of ‘othering’ practices through nurses writing and practicing on the basis of hybridity (as both mental health nurses and user-survivor). Anticipating that our exchange probably wouldn’t result in a sustained academic dialogue, I said to her at the end of my email:

“Any feedback/reaction from you would be great! In my final year before retirement, I’ve more or less given up on the idea of robust debate and critical exchange in mental health nursing (which I’ve also more or less given up on). Sad neoliberal, technical-rationalist times we live in. All the best, and thank you very much for your interest in my work.”

“Dear Alec, thanks for your papers. They look fascinating. Please don’t despair of mental health nursing! There are pockets of excellence in many places but neoliberalism does have great power. However the Recovery movement means that consumers /service users can take matters into their own hands more and more. (This indicates that) things will have to change for the better at some stage…”

Although the likelihood is that she didn’t intend this, I felt that my message was trivialised and that her words were patronising and invalidated my position. So I tried to respond reasonably, but firmly:

Dear XXXXX, Thank you. I know there are pockets of excellence, and I am part of the recovery-survivor movements as part of my (multiple) stakeholder profile. That said, after 42 years in mental health, in plural roles, I am firmly of the view that mental health nursing in general – at practice and education levels – lacks sufficient levels of criticality, imagination, and professional and disciplinary reflexivity. Disappointing, but not really surprising. And, like our rail system in the UK, things are always on the point of getting better. Nurses and nurse educators collude with oppressive practices in mental health, at all levels. I despair for good reason.

I don’t expect her to get back to me with a response to my papers; I’m not even sure that she’ll read any of them. I’ll be pleasantly surprised if I’m proved wrong.

The idea that things are not what they are promoted as in “mental health care”, and indeed may be the opposite of this, has an Orwellian ring to it. Nurse academics write about the need to make acute wards more caring and empathic. This is a bit like painting a car that has no engine and is forever going nowhere. To extend this metaphor, nurses write about choice in our neoliberal times, while the average mental health service user’s choice about the help they receive is akin to Henry Ford’s 1920s customers having any colour of automobile they wanted. Providing it was black. 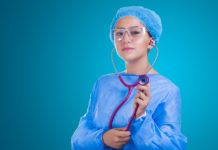 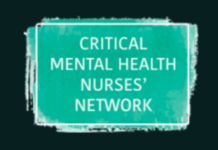 A Nurse’s Response to the Power Threat Meaning Framework