I got to visit with him and his wife Sharon on the phone a short while before he got involved with Jo Le Noury, Jon Jureidini, Melissa Raven, Catalin Tufanaru, Elia Abi-Jaoude and me Restoring Study 329 in 2013. It was one of those moments — I can still remember exactly where I was sitting when I made the phone call. Sharon had just come back from Cuba. He and she felt like intensely private people. Until very recently, very few people knew who 1boringoldman was — not even Ben Carey of the New York Times. It was difficult getting a photograph of Mickey for the Restoring Study 329 website.

It’s surprising the moment stands out so clearly, given several phone calls since — some of them fraught, and nearly 1500 emails between July 2013 and December 2016.

I was watching a program on Tom Waits last night, and some combination of the gravelly voice of Tom Waits and my impression of what Philip Marlowe might have been like hints at what it was like talking to Mickey. The blogs certainly sang with a lyricism Tom Waits would have enjoyed and tracking things to their source felt like a metier designed by someone for Mickey.

Here is a brief account of his career, chiseled out of him for the Restoring Study 329 site. What strikes me most is his interest in the tangles people end up in. This certainly is a theme that ran through his blog.

I can add one little bit of detail. He mentions being in the Air Force. He and Sharon were based in Britain for at least part of this. At one point when the RIAT struggle with BMJ over publication got very intense he was willing to come over to meet Fiona Godlee — in part because it would have given himself and Sharon a chance to revisit old memories.

I went to medical school as a mathematician planning a research career. I did an Internal Medicine Residency and a NIH Immunologu Fellowship. My planned post-doc was interrupted by a three year required stint in the Air Force. To my great surprise, I loved being a practicing doctor. It wasn’t the diseases. It was the tangles that the patients struggled with that I found so compelling.

I changed gears and returned to a psychiatry residency at Emory University, and started psychoanalytic training. After training, I became the Residency Training Director. In the mid-1980s, a new chairman arrived and there was a major changeover to a biomedical department.

This time, I didn’t change gears, but psychiatry did. I resigned my tenured position and went into practice as a psychodynamic psychotherapist. I continued to teach in the psychoanalytic program and the college, but had little connection with the psychiatry department. In 2003, I retired, leaving Atlanta for the Georgia mountains, the end of a rewarding career.

After 5 years, I began to work some as a volunteer in a local charity clinic, and was absolutely horrified at the peculiar polypharmacy the patients were being given. About that time, Senator Grassley began to investigate a number of prominent psychiatrists for unreported industry income and other conflicts of interest – one being the chairman of the department I was affiliated with, Dr. Charles Nemeroff.

I began to read up on the psychopharmacology literature and couldn’t believe what I found. I had been oblivious to the gross invasion of academic psychiatry by the pharmaceutical industry, cloistered in my psychotherapy practice. I had already been a blogger, but the more I learned, the more the blog [1boringoldman.com] turned towards the dreadful state of affairs in psychiatry.

I started meeting others who were as alarmed as I was becoming. I polished up my old statistical skills from years before and I began to vet clinical trials and to read and write about all of the deceitful science. Along the way, I began to correspond with Allen Jones, the TMAP whistle-blower [Texas Medical Algorithm Program], and ultimately my wife and I spent a week in Austin Texas attending that trial. Sitting in the courtroom listening to the testimony, I realized how incredibly corrupt the whole scene had become. It made it all very real for me and I haven’t looked back since.

Along the way, I had looked into Paxil Study 329, but in August 2012, I happened onto the raw data that had finally been posted on the Internet, and I took a stab at analyzing it on the blog. I submitted my findings to the JAACAP [Journal of the American Academy of Child and Adolescent Psychiatry, publisher of the study] requesting a retraction [to no avail].

When a RIAT team [Restoring Abandoned and Invisible Trials] was being formed to reanalyze and republish that study, I jumped at the chance to be on the team. 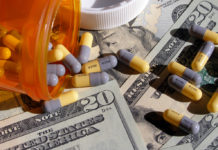 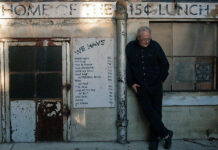