A new analysis published in the Medical Journal of Australia finds that school-aged children who are younger than their classroom peers are significantly more likely to receive pharmacological treatment for ‘ADHD.’  The research adds to previous studies finding similar results in the US, Taiwan, and Canada.

The researchers, citing Allen Frances, write that these findings suggest that “developmental immaturity is mislabelled as a mental disorder and unnecessarily treated with stimulant medication.”

The Australian study, conducted by Martin Whitely, Leanne Lester, John Phillimore, and Suzanne Robinson, examined over 300 thousand students between the ages of 6 and 10, and 11 and 15. They found that approximately 2% of all children in the study had been prescribed ‘ADHD’ drugs (2.9% of males, .8% of females).

In the younger group of children, those between ages 6 and 10, the students born in June (the last month included in the school-year range and thus the youngest in their classes) were twice as likely to be prescribed stimulant drugs when compared to the oldest students in their classes. For the older group, those between 11 and 15, the discrepancy remained (1.26% more likely for males and 1.43% for females).  Similar differences were found when the groups were broadened to compare those born in the first three months and the last three months of the school year intake. 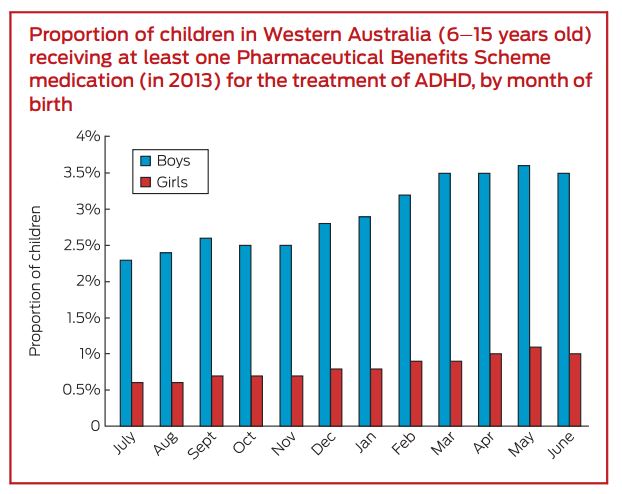 In an accompanying editorial, Christopher Pearson questions “the diagnostic validity of mental health diagnoses in children, which, unlike diagnoses in adults, are complicated by the additional factor of continuing mental and physical development.” Pearson suggests that a full consideration of risks and benefits should be discussed with parents before prescribing stimulants for ‘ADHD’ and that the drugs should be withdrawn shortly after beginning in order to test their effectiveness. Pearson writes:

Limited research on the withdrawal from ‘ADHD’ medications suggests, however, that discontinuation can also provoke symptoms like altered sleep patterns, fatigue, and even depression. A 2015 Cochrane meta-analysis of the evidence for the use of methylphenidate, also known as Ritalin, the drug most commonly prescribed to treat children diagnosed with ‘ADHD,’ found minimal benefits and a high risk of bias in the existing research.

Due to the questionable risk to benefit profile of these drugs, mentioned by Pearson,  the American Academy of Pediatrics (AAP) issued guidelines recommending therapy over stimulant drugs as the primary treatment for children diagnosed with ‘ADHD.’ Unfortunately, recent research finds that 75% of children between ages 2 and 5 that are being prescribed drugs for ‘ADHD” do not receive the recommended therapy.

For More See: Youngest in class twice as likely to take ADHD medication 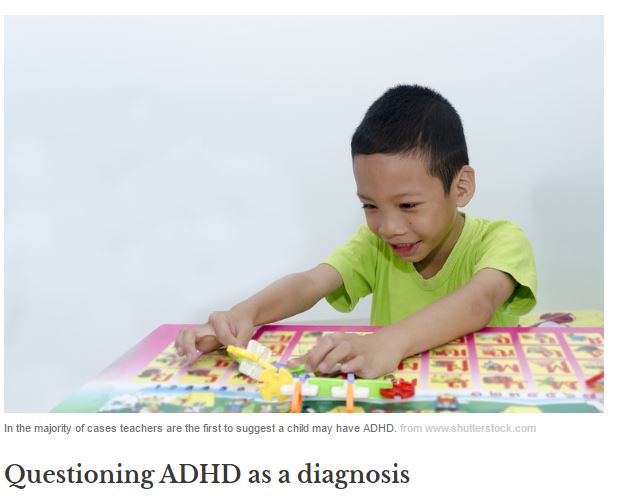