As someone who was told as an 18 year old that I had a biological brain disease and that my visions and behavior meant I needed to be held down and shot up with antipsychotic drugs for months in a locked mental hospital, I take very personally how our current psychiatric system treats young people who’ve been diagnosed with psychotic disorders. While I was fortunate enough to make my transformative journey from breakdown to breakthrough, there are a lot of people just like me who end up trapped in a narrative of disease with programs and treatments that keep them stuck in a cycle of dependency and chronicity.

I so badly want all the young people who are going through the kinds of experiences I went through to have more guidance, more mentorship, more role models, more community support from people who have struggled in similar ways. I want there to be places for young people to go where they can heal, people who’ve been trained to see those young people as solutions and not as problems. I see the potential for this type of support and camaraderie in the modern day Peer Specialist workforce and some of the First Episode Psychosis programs that are emerging around the country, but in order to create a mental health system that works for people we need to be able to shift our perspectives and truly adopt narratives of liberation rather than narratives of sickness.

So with that thought I highly, highly recommend you watch this 3 minute trailer, it’s mad thought provoking and beautiful:

I’m deeply impressed with the people who made this documentary—I’ve never seen such a creative and well constructed piece of film about non-Western views of psychosis. I feel like it very skillfully turns the biomedical model of mental illness on its head and shows so many different ways of looking at what we call madness. I would like everyone who works in the mental health field to watch it. And then maybe we can all have a nice long collective conversation about the things that need to change in the way we treat our young people who are struggling with what we call psychotic disorders.

I myself was lucky enough to watch Crazywise this past Friday evening in a theater in the basement of Bellevue Hospital. There were about 100 of us packed in there and I know I wasn’t the only one who was a former inpatient of their psychiatric unit on the 6th floor. There were actually a whole bunch of folks in the crowd with schizophrenia and bipolar diagnoses, connected to the progressive mental health agency Community Access, as well as a bunch of folks affiliated with the International Society for Psychological and Social Approaches to Psychosis (ISPS) — both peers and clinicians. There were people affiliated with the Reelabilities Film Festival which financially sponsored the event, there were members of the Bellevue OnTrackNY team who work directly with young people struggling with psychosis, there was a gaggle of people representing the local Hearing Voices Group, a crew of us weirdos from the NYC Icarus Project chapter and a couple of characters from the recently formed Institute for the Development of Human Arts (IDHA). It was a super interesting crowd. 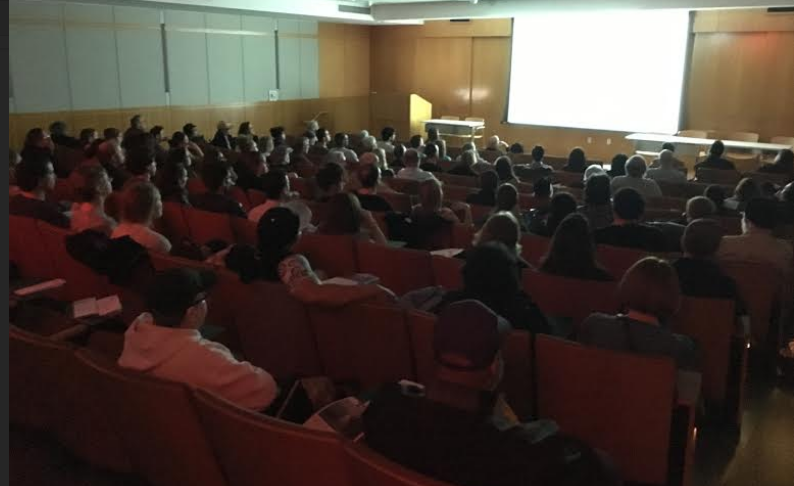 After the film we had a lively community discussion, with a panel made up of the film co-director Kevin Tomlinson, Peri Zarrella from the Hearing Voices Network NYC, and then Issa Ibrahim and I who, in our own ways, are part of the creative mad underground resistance in this crazy city and doing our parts to make the world a little less cold and a little more interesting.

I will admit I was skeptical before watching the film. I lived in California for a long time and over the years I grew to be wary of some of the people who use the language of “Spiritual Emergency” and “Spiritual Emergence” because I often found them eager to put all experiences of mental distress into a flattening framework while ignoring the diversity of causes that bring people into crisis. There’s also a particular kind of cultural appropriation I associate with the New Age community which fetishizes indigenous cultures and takes ideas and practices without giving proper context or respect. But it turns out I had these folks pegged wrong: one of the film makers literally spent 25 years of his life documenting indigenous communities all over the world, from Siberia to Kenya to Tibet to Brazil. And while they use the language of Shamanism in the way western people often do to refer to tribal medicine people all over the world (it’s a word that has its origins in Siberia), it is done from a place of educated reverence and social context. So Crazywise ends up being this very thought provoking film that cleverly weaves the stories of two people in our Western culture with narratives of revered medicine people in other cultures who would be considered crazy by Western standards.

After the film ended the crowd came to life as we asked everyone to turn to a neighbor and talk for five minutes about the pieces of the film that resonated with them the most. Then we spent the good part of an hour fielding questions and sending those questions back to the audience for an epic conversation.

My favorite moment might have been when a woman raised her hand and, with a quivering voice, talked about how her 23 year old nephew was in a psych hospital up the street and he was hearing voices and she didn’t know what to do for him. She was planning to spent the next day at the hospital with him playing the card game Uno. That woman got so much heartfelt advice and love from people: “Be curious” one voice hearer told her, “Ask him about the voices and see if he wants to tell you about them.” Someone else said: “Sometimes even the angriest voices are really just trying to protect us. Sometimes they just want to be heard.” Another said: “Just show up and be present with him. Just listen to him.” Peri Zarrella told her of the meeting place of the local Hearing Voices group that welcomes both voice hearers and family members and love ones of voice hearers. By the end this woman was crying and thanking the crowd for making her feel welcome, and giving her some hope. 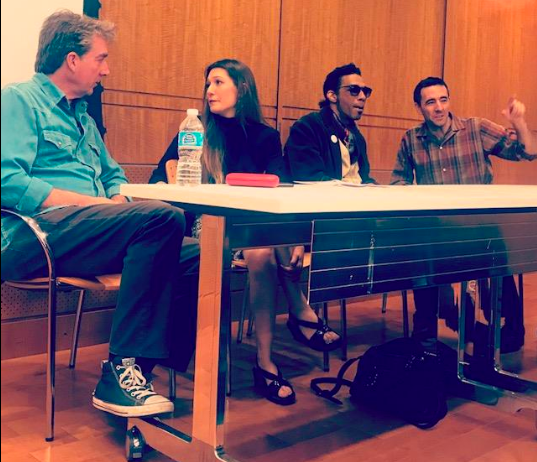 I think one of the critical lessons of Crazywise is that we need to fundamentally rethink the way we see ourselves as social beings. Our cultural environments have an enormous impact on our mental health. The fact that people in the developing world have a way higher chance of recovering from a schizophrenia diagnosis is an indictment of our modern society. It was clear from the film that both main protagonists were extremely sensitive people who were picking so much negativity up from the world around them and at critical points in their journies they didn’t get the support they needed.

What would it look like of we could see young people struggling with psychosis as having something to teach us?

What if we had the resources in place to be able to hold people through crisis — from breakdown to breakthrough?

What if antipsychotic medicine was seen as a potential short term tool rather than a long term means of holding together a fragmented psyche?

What if we saw psychological crisis can be an opportunity for growth and potentially transformational, not a disease with no cure?

There is so obviously a battle for control of the psychosis narrative right now. Despite the fact that Trump just appointed a very business friendly representative of the medical model to, among other things, attempt to dismantle the National peer infrastructure we’ve been building for decades, the future is still unwritten. We all know the inspiration for the change is not going to come from inside the system. It’s going to come from grassroots movements like this Crazywise film, and how they can capture the popular imagination, and shift language and culture for young people.

If the Peer Specialist workforce is going to have any power in the coming years it will be in direct relationship to how connected we are to creative grassroots movements and vibrant youth culture. There is clearly going to be a strong push to medicalize peer movements into a cheap labor for low skill clinical work. We need to resist it and articulate a different vision, a way more compelling and interesting vision. Lets keep pushing the envelop and embracing narratives of liberation like Crazywise. We have a long road ahead and it’s surely going to be intense.