From Red Pepper: Capitalism produces much of the mental distress that is categorized as “mental illness” by turning human creativity and connectivity into social isolation, alienation, and objectification.

“Many people believe, and are encouraged to believe, that these problems and disorders – psychosis, schizophrenia, anxiety, depression, self-harm – these symptoms of a ‘sick world’ (to use James Hillman’s terrific description) are theirs, rather than the world’s. ‘But what if your emotional problems weren’t merely your own?’, asks Tom Syverson. ‘What if they were our problems? What if the real problem is that we’re living in wrong society? Perhaps Adorno was correct when he said, “wrong life cannot be lived rightly”.’

The root of this ‘living wrongly’ seems to be because we live in a social and economic system at odds with both our psychology and our neurology, with who we are as social beings. As I suggest in my book, we need to realise that our inner and outer worlds constantly and profoundly interact and shape each other, and that therefore rather than separating our understanding of economic and social practices from our understanding of psychology and human development, we need to bring them together, to align them. And for this to happen, we need a new dialogue between the political and personal worlds, a new integrated model for mental health, and a new politics.” 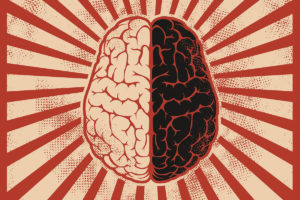 Global Capitalism is a Social Determinant of Health